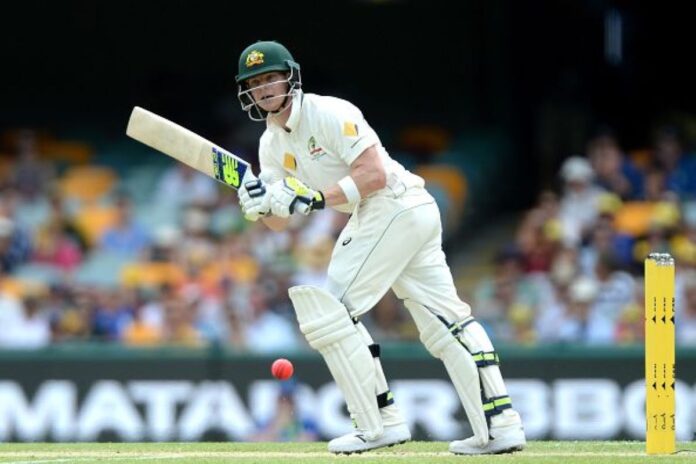 In the ongoing Test series against India, Steven Smith has been bamboozled by R Ashwin, and he attributes it to letting the bowler dictate terms, like never before. With a high score of 8 after four innings, the premier Australian batsman has been dismissed by Ashwin two times.

Coming on back of an outstanding limited-overs, expectations were ripe that Steven Smith will blow away India with his batting exploits in the Test arena too. But as it turns out, pretty much like Virat Kohli’s 2017 home series against Australia, Smith has struggled to put up a top-notch display at least till now, failing miserably in the first two Tests. Smith’s Test returns have seen a downfall ever since the last year’s Ashes.

Generally, there aren’t many bowlers and areas that the former Aussie skipper is found out but Indian off-spinner R Ashwin has had the wood over him with his brilliant offies and relentless consistency. Australia’s Test no.3, who just won the ICC Men’s Test player of the decade award, feels that he hasn’t put enough pressure on the seasoned off-spinner and reckons that he, like never before, has let a bowler dictate terms.

“I probably haven’t played Ashwin as well as I would’ve liked; I probably would’ve liked to have put him under a bit more pressure,” said Smith to SEN, reported Cricbuzz.

“I’ve sort of let him dictate terms and that’s something I’ve probably never let any spinner do in my career. I’ve sort of taken it to them, been a bit more aggressive and made them change things,” rued Smith.

“I haven’t allowed that to happen, probably because I’m searching for just being out there for long enough. It’s kind of a two-edged sword in a way, but I think I’ve just got to have the confidence to take it on and play my game,” said the right-hander.

As much as Australian batsmen have failed to show intent like Smith, Indian bowlers, like in 2018/19, have shown greater consistency over a long period of time, which has not let the hosts any breathing space whatsoever. Even in absence of Shami and Ishant, Siraj and Jadeja put their hands up and did the job for India, complimenting Ashwin and Bumrah.

Smith also put his dry run to lack of Test match batting in 2020, which has seen a limited number of international fixtures owing to the global pandemic. Smith also stressed out that net sessions and game situations aren’t the same in terms of intensity and quality.

“At the moment I’m searching for a time in the middle; that’s the most important thing for me. When I look at this year, 64 balls is the longest I’ve spent in the middle, during those one-day games.

“For me, that’s important. I find a lot of rhythms out in the middle. You can bat as much as you want in the nets but there’s nothing that can replicate what a game can do so that for me is what I’m searching for at the moment.

“That can be tough to do, particularly in a Test match when you’ve got some quality bowlers.”