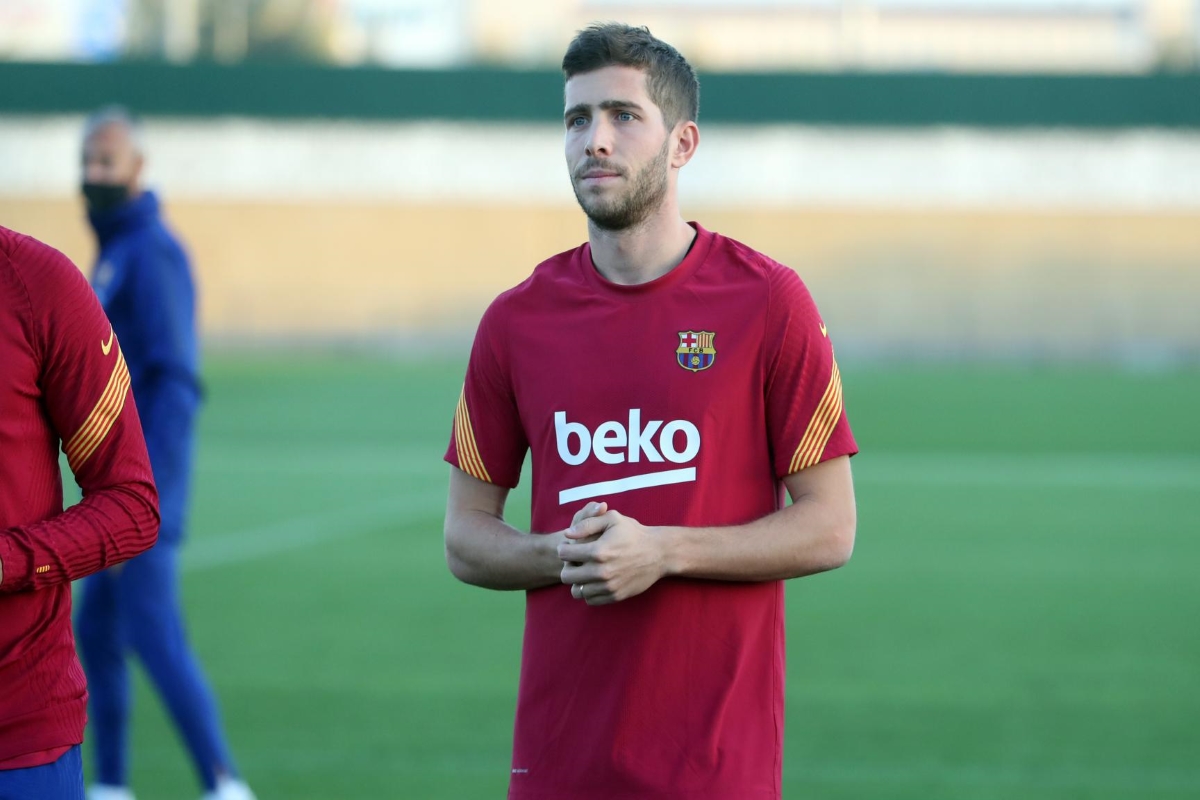 In a statement released by Barcelona, the club have revealed that during his rehab for a thigh injury, Sergio Roberto has tested positive for the coronavirus. The Spaniard was a key part of Ronald Koeman’s squad before an injury to his thigh ruled him out until the new year.

While Sergino Dest has replaced him for the time-being, Sergi Roberto is Barcelona’s first choice right-back, with the versatile 28-year-old becoming a key part of Ronald Koeman’s squad. The Spaniard had struggled for performances under former managers Ernesto Valverde and Quique Setien although that has now changed under Koeman’s tenure. However, a thigh injury during Barcelona’s defeat at the hands of Atletico Madrid saw Roberto ruled out until the new year.

But the club has confirmed that while rehabbing his thigh injury, Roberto has tested positive for the coronavirus and is now self-isolating himself. The 28-year-old returned the positive COVID-19 test during the latest round of testing and the club’s statement confirmed the same. It also revealed that the full-back is “in good health and is isolating at home”.

“After the PCR tests carried out this Tuesday, the first-team player Sergi Roberto has tested positive for Covid-19. The footballer is in good health and is isolated at home as he continues his recovery from the injury that he suffered on November 21. The club has informed the relevant sports and health authorities,” a statement on the club’s official website reads.

“In addition, all the people who had contact with the player have been traced to carry out the corresponding PCR tests. It should be remembered that Roberto suffered a tear in the rectus femoris in his right thigh at the end of the Atletico Madrid vs Barcelona game, an injury for which he will be away from the pitch for approximately two months