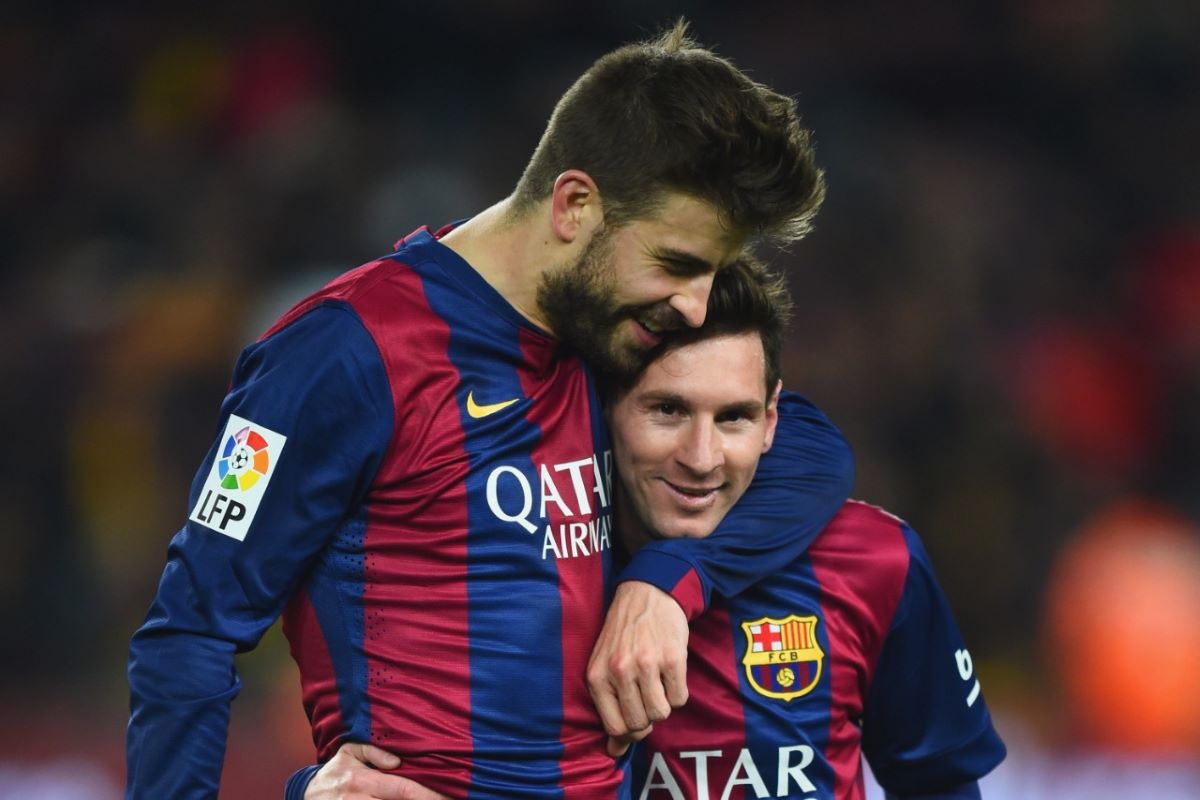 Barcelona centre-back, Gerard Pique, has appealed to Lionel Messi to extend his stay at the club. Messi, 33, is out of contract in June and is free to negotiate a pre-contract agreement with any club from January onwards.

Messi, 33, requested to leave the La Liga giants during the close season, but ended up at staying at the club. The forward wanted to leave Camp Nou after August’s 8-2 defeat to Bayern Munich in the Champions League, with sources telling ESPN that Manchester City led the race to sign him, but he was eventually forced to stay put.

Messi has had a fractious relationship with the club for some time now. He pushed to leave on a free transfer after the season concluded and only stayed when he was told his contract was legally binding. Although president Josip Maria Bartomeu has resigned his seat, forcing a presidential election scheduled for January, there is no guarantee that the new board will be able to talk him into staying, particularly as Barca are in the process of lowering the Squad’s wages.

Barca need to save an estimated €190 million (£170m/$225m) in salaries by the end of the season to meet La Liga’s budgetary requirements. Given Messi is unlikely to accept a massive pay cut in his next contract, retaining the services of the biggest earner in world football could hardly be considered an attractive proposition for the next president, who will need to drastically reduce expenditure.

Messi has struggled to live up to his usual form so far this season, scoring six goals in 11 games. He is without an assist in La Liga, while he has created just 2.1 chances per 90 mins – his lowest since 2012-2013(1.6). This poor run of form comes amidst Barcelona’s difficult season, who presently lie 13th in the Primera Division standings.

Barca have made their worst start to a league season since 1991 and sit 13th in the table with 11 points from eight matches.

The six-time ballon d’or winner is linked with the likes of Manchester City, Paris Saint-Germain and Inter Milan. The move to Manchester City seems likely as the former FC Barcelona manager Pep Guardiola has agreed to a new contract at Manchester City that will keep him with the Premier League club until 2023. It’s quite clear that City would not pass up an opportunity to reunite the pair, even if the 33-year-old Messi is no longer as dynamic a player as he was during Guardiola’s time in charge in Catalunya.

However, his long-time team-mate Pique remains hopeful that the 33-year-old will be in Catalonia for years to come. “We will see what happens. I believe that as long as he continues to wear the Barça shirt there is always hope” – Gerard Pique.