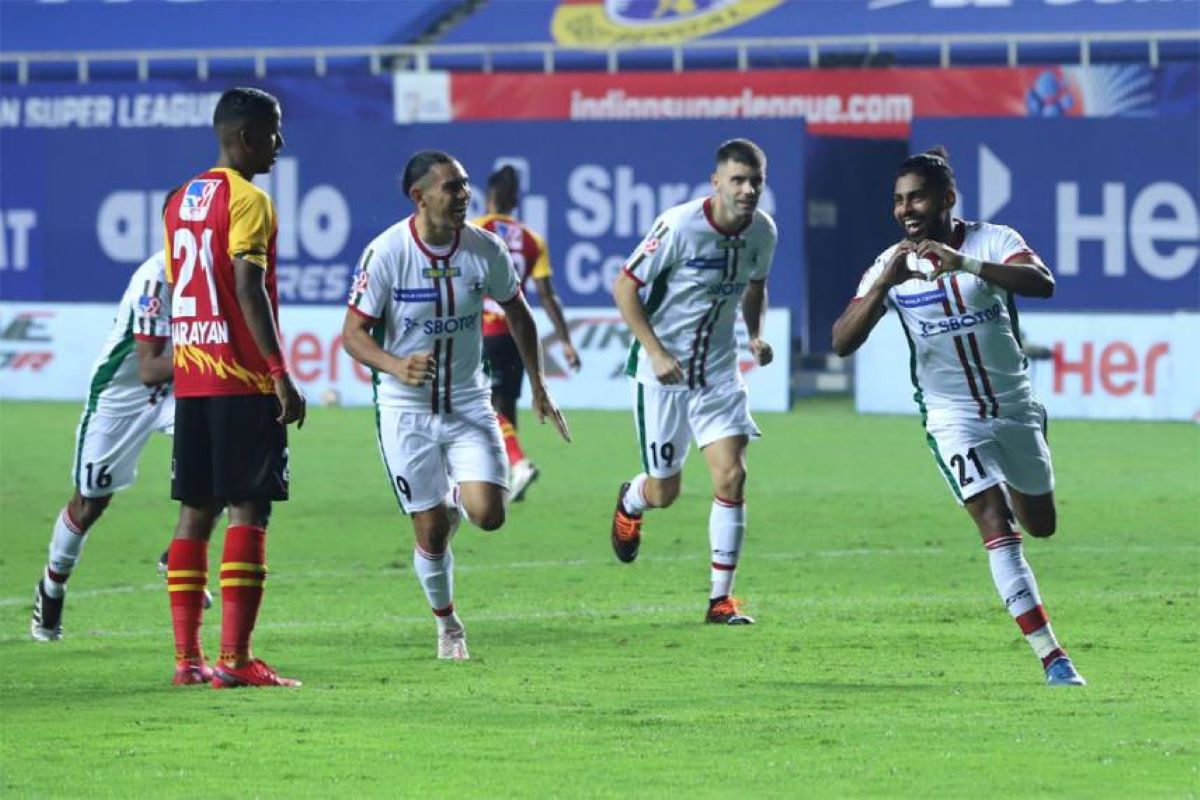 The final whistle blows! A hard-fought match with plenty of chances created on both sides, but ATK Mohun Bagan steals the show.

ATK Mohun Bagan got the bragging rights in the Kolkata Derby after a 2-0 win over SC East Bengal. Roy Krishna and Manvir Singh scored goals in the second half to give ATKMB the win in ISL’s first-ever Kolkata Derby. East Bengal will be happy with their effort and the kind of chances they created but will need to sharpen up throughout. Anthony Pilkington was the standout player for the Red and Gold brigade. They showed a lot of promise on the field but couldn’t beat the Bagan defense, which stood strong till the end. On the other side, Krishna’s quality came to the fore and proved to be a big difference between the two teams.

The first half had seen the scoreline remain goalless after EB goalkeeper Debjit Majumdar made a couple of big saves while Prabir Das had looked lively for ATKMB. This was Antonio Habas-coached ATK Mohun Bagan’s second win on the trot, helping it to climb to the top of the table.

Mohun Bagan and East Bengal share a legacy of over a century as both the rivals are engaged in an everlasting battle of supremacy. The Kolkata Derby isn’t just a match it’s an emotion for the two sets of supporters.