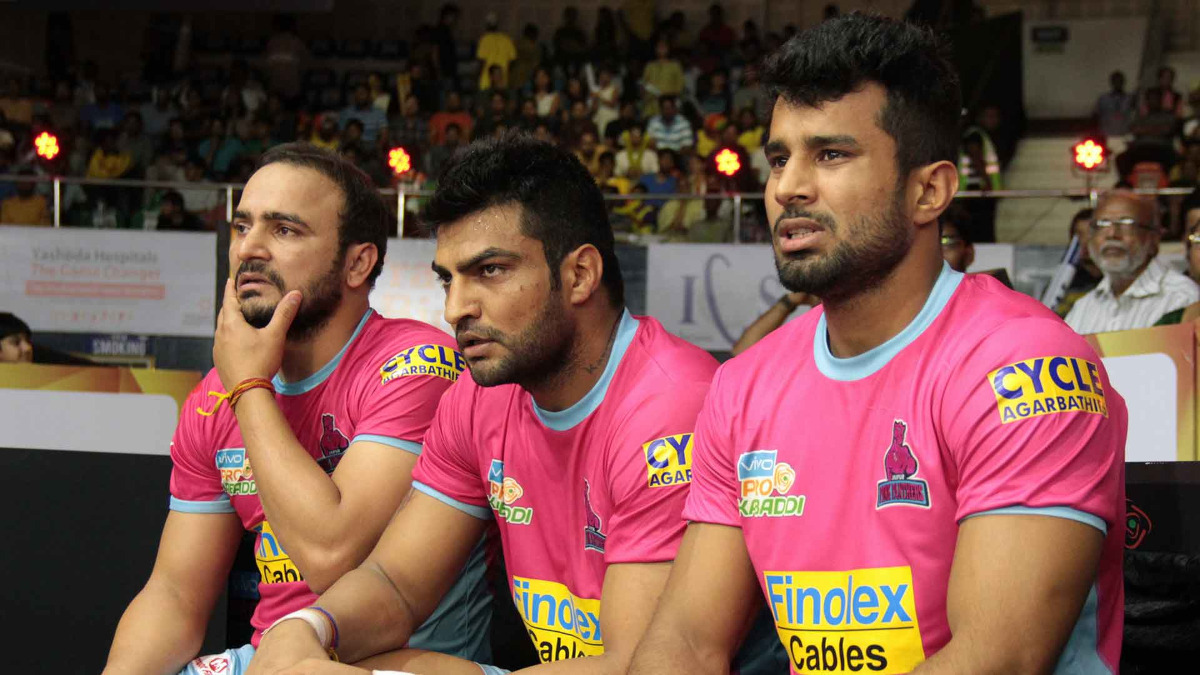 Manjeet Chhillar is the only player in vivo Pro Kabaddi to have scored more than 200 raid points and 200 tackle points, cementing his name as one of the top all-rounders of the sport today.

However, over the past few seasons, Manjeet Chhillar’s focus has steadily shifted to defending. In the last three vivo Pro Kabaddi campaigns, the veteran all-rounder has scored a total of just 17 raid points in 49 appearances. In the fourth season, he scored 24 raid points alone in only 12 matches, indicating a clear change in approach.

It’s because Manjeet Chhillar has come to realise that his presence on the mat and ability to bolster the defence is much more valuable to the team than the points he might score as a raider. Given his role as a senior, he now prefers to serve as a mentor to raiders than carry out raids himself.

“My aim now is to stay on the court, as I can play defence in every position,” Manjeet Chhillar explained during the Pro Kabaddi live chat show, Beyond The Mat.

“If our raiders are scoring well then there is no need for me to raid. There are certain times when only defenders are left on the mat for our team and we are in need of revivals, only at such times do I go out and raid.”

As Manjeet Chhillar’s career has progressed, so has his role in the teams he plays for. While he may no longer score as prolifically in raids any more, he certainly has the ability to take any unsuspecting opponent by surprise.

“This is the era of specialisation – most raiders you see won’t be very good at defence and vice versa. If I have this ability then it is just an additional asset for me and my team,” said Manjeet Chhillar.

His leaning towards defending also stems from the fact that he started as a defender in his formative years and only learned to raid along the way through intensive practice sessions.

“A match today lasts for 40 minutes but back in my hometown, we have ground practice for around 2-2.5 hours,” he said. “When we practised on the ground in my early days, I used to defend as well as raid. All those hours I put in initially are helping me right now.”

Developing this habit of making raiding a part of his daily practice session gave the vivo Pro Kabaddi legend a well-rounded view of the sport.

“For our ground practice sessions, a single player ends up raiding a minimum of 70 times before the session is over,” the kabaddi veteran elaborated. “In a regular match, I raid around three-four times, and that too if the team is in need. Thus, I’m always prepared to go on the offensive.”