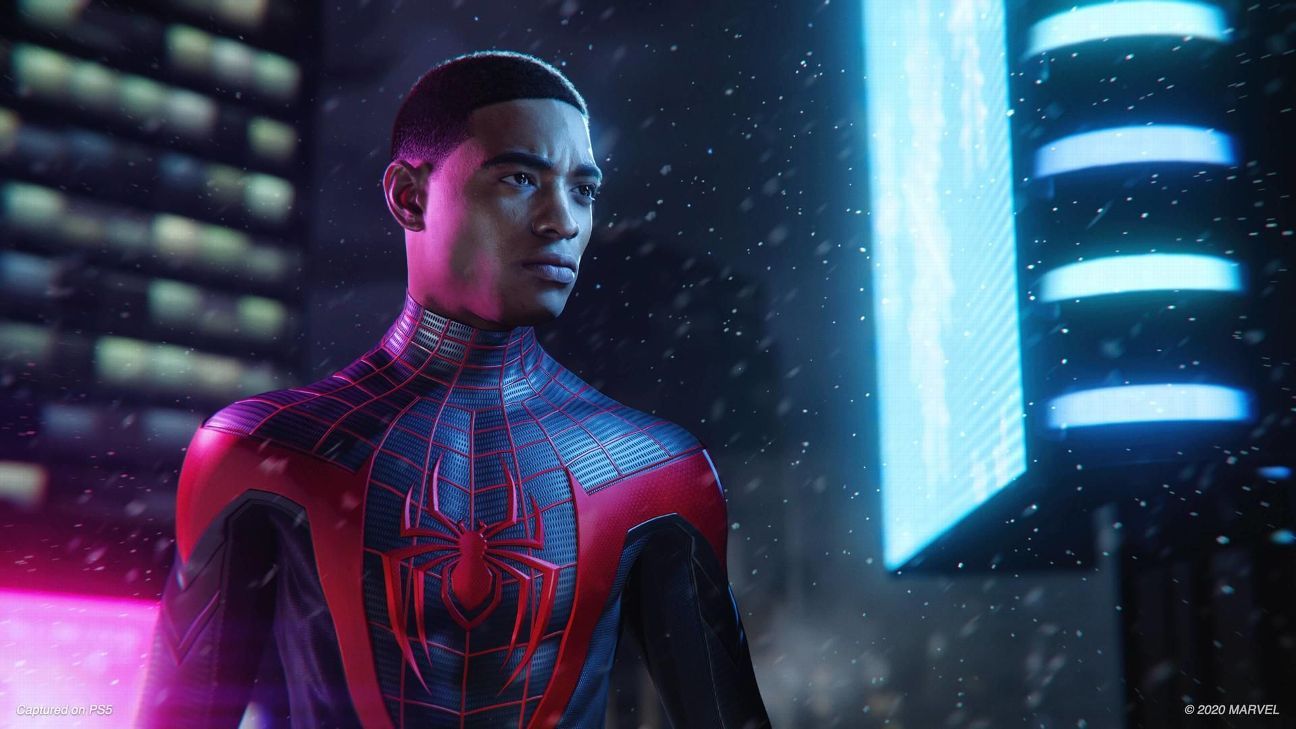 Sony’s presentation at E3 2018 had been one hell of an hour for the makers of the PlayStation 4, as they demoed first-party published titles like The Last of Us Part II, Ghosts of Tsushima and Death Stranding. But as Spider-Man came into view in the final 15 minutes, there was buzzing excitement in the crowd. Those other games were more than a year and a half out each, but for Marvel’s Spider-Man, it was a few short months before it came out to the world.

For the past two years Sony had been demoing Spider-Man cinematics and gameplay, but this one was different, as Spider-Man faced off against five members of this game’s Sinister Six — Mister Negative, Scorpion, Vulture, Rhino and Electrode — and their henchmen locked up in the super-prison known as the Raft. Never before had a Spider-Man game brought to life so many of these famous comic book villains in one game. It took a special developer to make the sauce work.

It was a tactful choice to feature just four first-party games at the largest gaming expo in the world, and telling of Sony’s success on the PS4.

Spider-Man was set to release in a lineup full of other jaw-dropping Sony experiences, like the 2018 retelling of God of War and new IPs in Horizon: Zero Dawn and Detroit: Become Human. Long gone were the days of Sony being a mile behind Microsoft in the modern day console wars. Its software successes led it to be the console king in the battle of the PlayStation 4 versus Xbox One.

It’s part of why, for the PlayStation 5’s release, Sony is leaning on one of its best studios, Insomniac, to deliver another astounding experience. With the PS5 will come Marvel’s Spider-Man: Miles Morales, the sequel to the 2018 game that reimagined not just the web slinging hero, but what it means to be a superhero game. The new title will look to take that a step further.

“The team is extremely proud of the accomplishment [of the first game],” Brian Horton, who worked on Marvel’s Spider-Man and is the creative director for the Miles Morales sequel told ESPN. “We left nothing on the mat for that one, there was a lot of effort put into that game. But what’s great about Insomniac is that we look at our successes and continue to build on them.”

After being acquired by Sony for a reported $229 million in August 2019, Insomniac is at the center of PlayStation’s gaming future. Sony is once again betting that, as with the PS4, their first-party creatives, now known collectively as PlayStation Studios, can make them the favorable console for gamers.

Alongside studios like Naughty Dog (the Uncharted series and the Last of Us series), Sony Interactive Entertainment Santa Monica (God of War) and Guerilla Games (Horizon), Insomniac is tasked to knock two PlayStation 5 early lifespan titles out of the park.