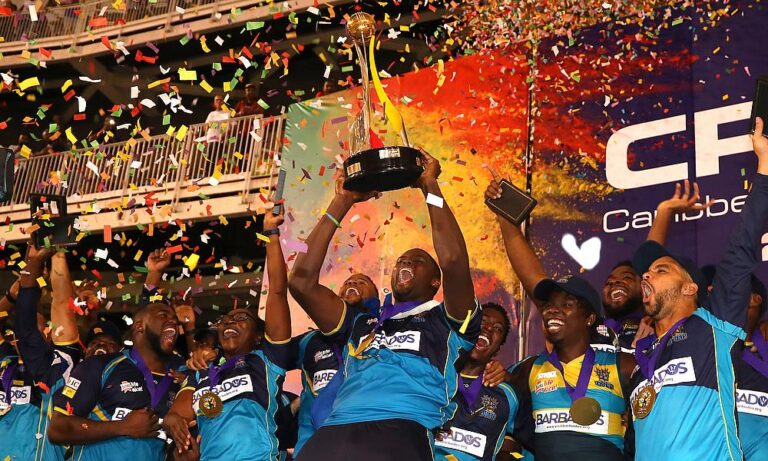 The Caribbean Premier League or CPL is currently one of the most popular leagues in the world. It is held once a year in the Caribbean and is no less than a festival for the people there. In August, once again there is good news for the cricket lovers because once again the fierce battle of cricket will be seen. The CPL this time in its tenth edition will see the top teams from the Caribbean race for supremacy.

CPL has developed well over the years. Many young and talented stars have emerged from this league who have since gone on to perform well in other tournaments and at the international level. What better thing for a cricket fan than to watch their favorite batsmen kick the ball off the ground for maximum. In the limited overs, this joy increases even more.

In this league we have seen how it rains for fours and sixes. We will get to see a bang of six teams in CPL 2022 but the question is also who will win. Will the Tuckits & Nevis Patriots be able to defend the coveted title or will one of the other five teams hold on to the title? Well, only time will tell but before that let us take a look at the winners of each edition of the Caribbean Premier League (CPL).

One thing is clear from the list of winners of previous years that Trinbago Knight Riders is the most successful team of CPL as they have three CPL trophies to their name. At the same time, Guyana Amazon Warriors can be called successful and also unlucky because this team has made its place in the finals five times but has failed to win the title even once.

At the same time, along with the winners of each edition, we also talk about the winners of CPL 2021 as it was the last edition of CPL. Knowing about the performance of these teams, we can also guess which team is in which form this year.

Which team has won the most CPL titles?

Trinbago Knight Riders is the most successful team of CPL as they have three CPL trophies to their name. They have won the title in 2017, 2018 and 2020.

Who won the last edition on CPL?

ST KITTS AND NEVIS PATRIOTS won the CPL 2022. They have managed to win the trophy by defeating Saint Lucia Kings by three wickets. They won the championship under the leadership of Dwayne Bravo.

Which team has played the most CPL finals?

Guyana Amazon Warriors can be called successful and also unlucky because this team has made its place in the finals five times but has failed to win the title even once.