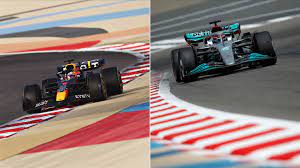 If fast vehicles interest you and you’re new to Formula One, this Beginners Guide to Formula 1 will get you up to speed. Formula One is a captivating sport in which it is simple to fall in love. When other fans discuss a driver, car, or race, you may feel a little out of place as a newcomer. There’s no need to be concerned. We will provide you with enough information in this post to get you started on your journey to becoming an F1 enthusiast. Formula One is the world’s fastest racing; let us assist you in finding your feet in the F1 world with equal speed.

What is Formula 1, exactly?

Formula One (F1) is a series of races featuring the world’s fastest open-wheel, open-cabin, single-seated, four-wheeled automobiles contested at various locations around the world. There were a few years when even six-wheeled cars competed in Formula One.

The word ‘Formula’ is included in the name because it refers to a set of f1 rules that the car’s manufacturers, mechanics, and drivers must adhere to during their time as F1 participants.

There were no restrictions on the power or size of the cars when motor racing first began. Automobiles with more power and larger sizes quickly outpaced smaller cars, causing the races to become uneven.

The races also produced hazardous conditions, with many participants suffering major injuries, some of which were deadly.

When racing began after WWII, the FIA, the sport’s governing body, created a set of rules that limited the size and power of the cars. This leveled the playing field for participants and drivers, putting a greater emphasis on the cars’ efficiency and design, as well as the drivers’ abilities.

The name ‘one’ derives from the FIA’s grade system for racetracks, approved cars, and driver’s licenses. The ‘One’ also serves to separate Formula One from street racing and to emphasize that it is the pinnacle of the sport.

The Formula One Group owns the Federation Internationale de l’Automobile (FIA), which governs the sport. The FIA is a non-profit organization that protects the interests of motoring organizations and car owners. It was founded on June 20, 1904.

The organization modifies, adapts, and introduces laws to Formula One in order to safeguard the safety of racing participants, promote fair play, and provide a good experience for Formula One fans and spectators.

The European Championship of Grand Prix events gave birth to Formula One. Despite the fact that various Grand Prix organizations agreed on a ‘formula,’ or set of rules, races were postponed during World War II.

In 1946, the racing organizations decided on a new set of rules known as Formula One. The Turin Grand Prix, contested in Italy the same year, was the inaugural non-championship event. The World Drivers’ Championship was established the following year. In an Alfa Romeo, Achille Varzi, an Italian driver, won the race.

In 1950, at Silverstone in the United Kingdom, the first world championship race was place. In his Alfa Romeo, Guiseppe Farina, an Italian driver, became the first to win the World Drivers’ Championship that year.

In 1950, Argentinian driver Juan Manuel Fangio, Farina’s partner, came within a whisker of winning the championship. Fangio, on the other hand, came back strong to win the championships in 1951, 1954, 1955, 1956, and 1957. Michael Schumacher won his sixth World Driver’s Championship in 2003, breaking his record of five championship championships set 45 years earlier.

In 1958, the Constructors Championship was established. Vanwall won the first cup, then known as the International Cup for F1 Manufacturers, in 1958.

“The constructor of an engine or chassis is the person (including any corporate or unincorporated organization) who holds the intellectual rights to such engine or chassis,” according to the FIA Constructors Championship.

That is why teams such as McLaren-Renault have existed in the past. It meant that while McLaren developed the F1 car’s chassis, Renault provided the powertrain. Both sides collaborated to create a car that was appropriate for the tracks and drivers.

There have only been five countries that have shared the Constructors’ Championship over the years. The United Kingdom leads with 33 titles, followed by Italy (16), Germany (8), Austria (4), and France (4). (3). With 16 titles, Ferrari of Italy is the most successful constructor to date.

The rules of Formula One have changed numerous times. The majority of the adjustments were made to reduce risk to the cars and drivers while also boosting the sport’s spectator appeal. Engine sizes, car widths and lengths, fuel tank sizes, and tyre sizes have all changed.

We are unconcerned about their rules. To summarize, the adjustments benefit viewers, the sport is more competitive, and the participants are safer. We’ll move on to the cars we’re sure you’ll be most interested in.

The sport of Formula One revolves around automobiles, and every fan wishes to learn more about them. They are intriguing pieces of machinery that have taken a lot of time and work to build. That is why, at the end of each racing season, the Constructor’s Championship is given.

Over the nearly seventy-year history of Formula One, cars have changed dramatically. Automobiles today are significantly safer and maneuverable. Over time, the dynamics have improved and electronics have become more prominent. Drivers have better control of their vehicles as a result, resulting in faster speeds and fewer accidents. F1 cars, on the other hand, still have open wheels and cockpits and are single-seaters.

Design of Formula One Cars

Formula One cars are aerodynamically engineered to cut through the air with the least amount of resistance. The characteristic not only assists them in achieving high speeds but also in consuming less gasoline and gaining a greater grip on the pavement.

Formula cars may reach speeds faster than an airplane at take-off because of their aerodynamic design. However, the car’s wings and diffusers produce negative lift, or downforce, which pushes the car down onto the track. Otherwise, drivers would lose control of their vehicles since they would be airborne over the track due to the airlift.

On average, a Formula One vehicle generates 5G of downforce. It means that the car’s weight is bearing down on the track five times its own. This provides grip to the tyres and keeps the car from skidding through bends and sharp corners. The downforce also enables the drivers to take turns and bends at far faster speeds than we could in our street cars.

Engines for Formula One

F1 cars must weigh a minimum of 746 kg without the driver and fuel. Constructors, as well as the rest of the squad, including drivers, must optimize horsepower, torque, and fuel efficiency to meet their needs. That is why the engines of F1 vehicles are fine-tuned for each F1 circuit.

Tyres for Formula One

In Formula One races, tyres are extremely important. The FIA has designated Pirelli as the official tyre supplier for Formula One. Formula One vehicle tyres, unlike street car tyres, are designed to survive only 60 to 120 kilometers (40 to 80 miles).

Since a single pair of tyres will not endure the duration of an F1 race, drivers must pit to replace them so that they can finish the race. The tyres used in Formula One cars are classified from C1 to C5, with C1 being the toughest and C5 being the softest.

Teams in Formula One

Individuals do not compete in Formula One; instead, teams do. Each Formula One team employs hundreds of technicians, engineers, and support workers, which you may not be aware of. If you count the designers and assembly workers, you’re looking at a total of over a thousand people.

The 2022 Formula One season will feature ten teams, each with two cars. A maximum of 26 vehicles will be allowed to compete according to the season’s rules. Because each team is allowed to field two vehicles, this would result in a maximum of 13 teams.

A formula for success All of the entities that design and manufacture the car, as well as those who control the intellectual property, are part of one team.

As a result, if one business designs the chassis and another provides the engine, the two companies combine to form the participating team. As a result, names like Benetton-Ford and Williams-Renault will be heard.

As you can see from the above list, each of the ten teams has only one entity classified as a team. It either indicates that the teams are building the cars themselves or that the engine and chassis builders have given the teams intellectual property rights depending on how long are f1 races.

Yes, it is correct. You can drive an F1 car as long as you’re healthy and under supervision. What exactly is this? Before you get behind the wheel of an F1 car, you’ll need a lot of training and preparation, so study as much as you can.

Driving an F1 car is quite difficult. The vehicle must be moving at a high enough speed to warm up the brakes and tires. They will not work if they are not sufficiently warmed, and the automobile will not break or turn.

The Formula One competition is divided into ten teams, each with two drivers. It’s essentially a league table format, with points accrued throughout the year (more on that later). The FIA, which establishes the rules and regulations, sanctioned the world championship in 1950.

Order proper now to say a pleasant bonus and get the most effective price from our list. If you want some clearing up, our...
Read more
Featured