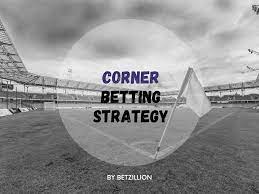 A corner is one of soccer’s most oddly thrilling situations. Although only about 3% of them result in a goal, you can bet that the attacking team’s supporters will scream their delight and encouragement if their team is given one. Continue reading to learn how betting on corners might benefit you, probably even total corners.

In betting, finding a niche market can often lead to value. This can range from vast experience betting on Japanese baseball to specialized knowledge of handball betting. There is money to be made if you know more than the bookmaker.

They can also be more reliable and hence easier to foresee than some of the more prominent markets, making them attractive and potentially rewarding bets.

Why should you risk your money on a corner?

In recent years, soccer corner betting has grown in popularity. Aside from the opportunity to profit from a bookmaker’s lack of expertise or attention to tiny issues, the volatility of odds in live corners betting is another reason sharp bettors will prefer this market.

Corner betting in soccer is considerably different from other markets such as 1X2 or Handicap betting. The corner count for each team can affect the outcome of a match, but this isn’t always the case.

Due to the low scoring nature of soccer, draws and underdog victory are more often than in other sports. The corner count, on the other hand, will be much higher, providing a more realistic representation of a team’s performance.

While goals are an uncommon occurrence, an average match has between 10 and 11 corners, and while unusual outcomes can and do occur (for example, a large underdog winning the game), the corner count is more likely to follow the expected pattern, maybe even football net prediction.

While a straight bet on which team will win the most corners in a match is not possible, data that is generally available can be used to determine the chances of a successful wager on the markets available.

What is the best way to gamble on corners?

The bookmaker will set the total number of corners in the match for this market, and bettors can choose whether to bet over or under that quantity.

Wolves’ encounters this season have averaged 10.0 corners per match before to kick-off, while Arsenal’s have averaged 10.3, so the bookmaker’s conclusion seemed rational, but it left bettors with a difficult choice. The line was carefully chosen, and the outcome might easily have gone other way, as the match went on to contain 11 corners.

But, as we’ll see later, there are other factors to consider that can help us make a betting decision in this market.

What does it mean to gamble on handicap corners?

Example of handicap corners betting for the same Wolves vs. Arsenal game:

The wager on Arsenal in this case needed them to have at least one more corner than Wolves. If you had backed Wolves, your wager would have paid off if they had at least as many corners as the Gunners.

Prior to this match, Arsenal’s average corner differential per game in 2021/22 was 0.4, while Wolves’ was -1.5, suggesting that betting on Arsenal would have been the wise choice.

Nonetheless, the wager on Wolves paid off, as they had seven corners to Arsenal’s four. When we explore the importance of game state, we’ll realize why this upheaval occurred.

In soccer, a corner can occur in a variety of ways. It’s well acknowledged that corners appear in clusters; this doesn’t suggest that one corner will always be followed by another; rather, corners can appear in bursts of two, three, or even more in rapid succession.

Once you’ve figured out how to bet on corners, the next step is to determine which teams are most likely to win corners and which are more likely to concede them.

Shots are obviously a key factor in earning corners – a high number of shots indicates offensive dominance, and they are frequently deflected, resulting in a corner.

When this is compared to a table of average corners per game over the same time period, the link between shots and corners is immediately apparent:

As previously stated, the outcome of a match can be correlated to each side’s corner count. However, this is not always the case. What about the link between goals scored and corners won, as well as goals allowed and corners conceded?

When we look at the top ten scorers in the Premier League over the last five seasons, we can find that eight of them were also in the top ten for most corners.

The data on Goals Scored and Corners Won has a Spearman rank correlation coefficient of 0.761. (where 1 is perfectly correlated and 0 is no relationship at all).

At the other end of the pitch, the correlation is weaker (0.662), but there are still plenty of teams that allowed the most corners among those that conceded the most goals.

The above numbers are for clubs in a given season, but if we look at the 12 teams that were regularly in the Premier League from 2016 to 2021, we can find a clear correlation between their shots, goals, and corners statistics across that time span.

In corner betting, the home team has an advantage.

In sports betting, home-field advantage is a huge factor to consider, especially when betting on soccer’s corner markets.

The average Premier League team had 4.7 corners per match on the road over the last five seasons, but 5.7 when playing in front of their own fans.

Regardless of the setting, though, the stronger team frequently wins in terms of corners. In 54% of Premier League matches during the last five years, the home team won the corner count, but in 38% of matches, the away team had the advantage.

This difference is closer than you might think, given that almost all teams win more corners at home than on the road.

Odds on the match-winner

When betting on soccer corners, it’s crucial to remember that the favorite to win the match in the betting will not necessarily win the most corners, nor will the team that wins the most corners be the most likely to win the match. Continuing with the Premier League sample above, fewer than 3% of corners have resulted in a goal from the start of the 2012/13 season through the end of the 2018/19 season, indicating that corner total has a minor impact on match outcome.

While we’ve seen the connection between shots and corners, we should also evaluate a team’s strategy. Because crosses can be cleared and deflected out of play, a team that relies on crosses to bring the ball into the penalty area frequently has a lot of corners.

Brighton currently have the tenth most shots per game in the Premier League (2021/22) yet the sixth most crosses. The Seagulls are eighth in the Corners per Game chart, therefore deliveries from wide areas tend to have a bigger impact on their corner total than shots.

When betting on the Total Corners market, it may not be enough to merely look at how many corner stats each team’s matches have averaged, but that is a fine starting point.

The most important factor to know is that, regardless of how many corners a team’s matches have on average over the course of a season, the number of games with over 10.5 corners does not vary significantly. The fewest games a team had with 11 or more corners were 10 and the most were 24 in the last five years’ 100-team seasons (see above). In other words, it will happen between a quarter and half of the time for most teams.

The bookmaker will set the total number of corners in the match for this market, and bettors can choose whether to bet over or under that quantity.

The average number of corners per match in the 2019/20 season was 10.7. The total number of corner kicks taken in a single Premier League season is divided by the number of fixtures played in that season to arrive at this average. Across all leagues, the same technique of calculation is used.

In this case, the player wagers that both teams would have scored 4 or fewer goals at the end of the game. Assume he was placing a wager on Chelsea vs. Liverpool. Both sides should score four goals or less.

Order proper now to say a pleasant bonus and get the most effective price from our list. If you want some clearing up, our...
Read more
Featured