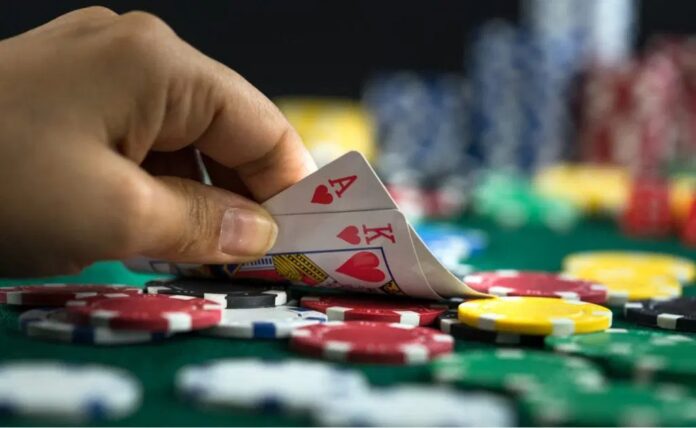 Do you know there are so many things about Ace in Blackjack? Do not worry if you are not aware of it. Our guide will give you all the important details.

Depending on how high the hand goes over blackjack 21, the value of the Ace is downgraded to one. Any value of 11 in blackjack is referred to as a soft hand. When two ten-value cards pair up (a Jack, Queen, or King) and the Ace is also present, the combination is called a Blackjack.

Today, we will be discussing all the details about Ace in Blackjack. You will know all the benefits and minor details that will help you to master the ace in Blackjack. Also, you will have to keep in mind all the rules of blackjack. Therefore, we recommend you to read till the end as all tips are very important if you are a Blackjack player.

The term Ace was coined by dice gamers, and it was used to denote the side of the dice with just one dot. Ironically, when card games first emerged, the Ace was considered useless. It had the lowest value of all cards and was the hardest to draw. This is an amazing contrast to its current significance.

By bringing the French game of Vingt-et-Un to the United States through French colonists, it changed the way Aces were thought of and used in Blackjack, shifting the previous perception of royal cards as the best cards, especially after the beheading of Louis XVI. The gamblers, feeling that it was not acceptable to continue to value the royal cards as high-valued, replaced the crowns with personified representations of democracy, freedom, and honesty, while elevating the Ace to become the symbol of the common man.

Do you know what is Strip Blackjack? Click here to know more.

Aces hold significant weight in poker, just as they do in blackjack. A major advantage of an ace is that it is required to make blackjack, which is when you combine an ace with a ten or a picture card to reach 21. But an ace is also valued high or low, so either one or 11, so according to your starting cards, you can attack in one of two ways.

In other words, if you are dealt A-6, that is soft 17, your hand is valued at 7 or 17. Many players may see 17 and stand since they have a made hand. But more experienced players may see an opportunity to enhance their bankroll.

Things to keep in mind about Splitting Ace in Blackjack

How to play Ace in Blackjack?

Keeping an eye on the dealer’s upcard is a common thread in basic blackjack strategy. The weaker the starting card, such as a four, five, or six, the more likely the dealer will go bust. You should, therefore, use the A-6, as we described earlier, to get close in. If you hold it, don’t stand on the 17, but double down on the 7. You’re more likely to get to 17 or close, putting twice as much money on the table. If the dealer busts, you’ll receive twice as much.

With a starting hand of A-6, you must assume the dealer will receive a 10 up card next, giving him 20. You should also not stand on a 17, but rather keep one more card and see if you can get another three or four cards to get to 20 or 21, or if there is another opportunity with a fourth card. You can use the blackjack ace rules to your advantage if you understand what the potential of the dealer’s hand is based on his upcard.

How to win on an Ace?

If a player can combine an Ace card with any ten-value card, such as a Jack, Queen, King, or ten-card, then blackjack is formed. When an Ace and a ten-value card are combined, it produces 21 points. A player wins if they obtain 21 points without exceeding the limit and also being higher than the dealer.

The Player’s win will be contingent on the dealer not holding a blackjack. If the dealer holds a blackjack, the game ends, nobody wins, and the bet reverts to the player’s side. Aces in blackjack count as 11 when playing a soft hand, but they can also count as one when playing a hard hand. It’s best to split two Aces if you have two Aces, as this allows the player to double their chances of getting Blackjack on the deal. If not, then you have two soft hands that can be aggressively played.

Read: How to Become a Blackjack Winner

Making the most of an ace in blackjack is an important part of basic strategy. When we are dealt an Ace, we must first note the dealer’s up-card before proceeding (as it is with any other card). Familiarize yourself with basic blackjack strategy here to understand what moves we should make with any hand containing an Ace.

Many gamblers use an ‘Ace rich deck’ to their advantage. A standard deck of 52 cards contains one Ace for every thirteen cards. If we’re playing a single deck game, we should take note if no Aces appear in the first 13-card deal, or if we’re lucky, the second or even third 13-card deal. When this happens, we call the deck an Ace rich deck because none of the four Aces have yet been dealt.

A player should double their starting bet on a single-deck game if no Ace card appears in the first 13 cards dealt, and raise their bet by around $5-$10 for each subsequent 13 cards dealt. While this is a rare circumstance, it should be taken advantage of whenever possible in order to increase our chances of winning.

During a blackjack game, the objective of every player is to reach the value 21 without exceeding it. Higher than this value, and players automatically lose, and lower than the value, the dealer has the opportunity to outscore the player. Blackjack is achieved when a player obtains any ten-value card, such as a King, Queen, Jack, and otherwise, Ten-card paired with an Ace card or any combination of cards something which equals 21.

Blackjack involves the Ace card, which can be used to end the game. The Ace card is worth 11 when there is a soft hand, but goes down to 1 when the hand is above 21. When playing an Ace card, you can moderate the amount of value at hand by laying off and drawing more cards into the end. Whether the Ace is hard or soft determines how aggressive you should be at the game.

In blackjack, the final card can be an Ace. The Ace can be played soft or hard and counts as a one or eleven unless the total exceeds 21. It can be the last card you draw before holding, whether you double down to take only one more card or hit multiple times before receiving the Ace.

This is everything you need to know about ace in blackjack. Remember the basic blackjack strategy and learn how to play blackjack so you can become the best among others.

What are Two aces in blackjack