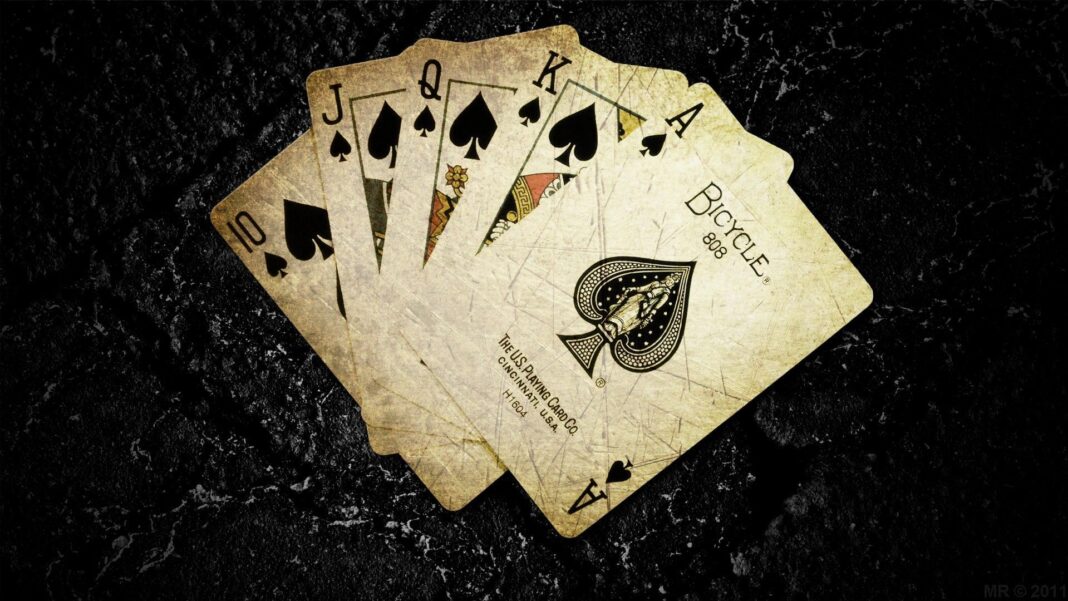 Indibet is a platform that gives you an opportunity to bet on all kinds of sports and win money. It includes playing cards along with all the popular games. You can earn up to 10 times more by playing this. But for this, it is necessary that you know about these games. Without understanding the game, it will be extremely difficult to play and place bets. At Indibet, we give you detailed information about every game. But if you have never played a card then it will be a little difficult for you to understand. Don’t worry, we will also tell you everything about the cards, which will make the game easier for you to understand and you will be able to win a lot of money.

What is a deck of cards?

The playing of cards started a long time ago. It is said that the first people in Europe started playing cards which started in the 14th century. It is said that before a time, the number of cards and their design was different everywhere.

After this, some French card makers redesigned the cards in the late 16th century. At the same time, there are some claims in which it is said that the designing of cards continued till the end of the 18th century. Apart from this, it is also claimed that the cards are definitely associated with the royal past like chess, but the kings on these cards do not represent any particular person.

There are 52 cards in a deck played in any standard game. Every game is played with these 52 cards. In this, each card has a different value. It is said that playing cards teach us to calculate Kaal i.e. time. When people did not have calendars, Tabu could easily calculate 52 weeks of the year from 52 cards. You will be surprised to know that the Joker was added to the deck of cards to complete this calculation.

There are 52 weeks in a year and there are 4 seasons, each season has 3 months. On this basis, 52 playing cards represent 52 weeks.

How many types of cards are there in a deck of cards?

Let us tell you that a deck of cards consists of cards of four suits which are in two colours – red and black. There are two suits in red, one is called Heart and the other is Diamond. Hearts have a red-coloured heart while diamonds have a red-coloured square shape which looks like a diamond. At the same time, there are two suits in black as well. One of these is a spade and the other a club. In the spade, you will see a black leaf shaped shape and in the club a tree-shaped shape. There are thirteen-thirteen cards in these four suits.

In addition to these 52 cards, when you buy a deck of cards, you also get two or three jokers. These jokers are used in different ways. There are some sports which have different needs and values. At the same time, most of these leaves are used as a substitute for a leaf. When one of your cards is lost, you can also use this joker in its place.

What is the ranking of cards?

In a deck of cards, you will find 13 cards in a suit. The biggest of these cards is considered to be Ekka. In this, you will see pictures made of King, Queen and Jack, while the rest of the cards have numbers written and the number of cards of the same value will be seen to be the sign of that suit. The value of the cards in a sequential manner is – Ace, King, Queen, Jack, Ten, Nine, Eight, Seven, Six, Five, Four, Three, Two. At the same time, in some games, the value of an ace is only one and it is considered the smallest card. The use of all these cards varies with each game, but in most standard games their value is the same.

Read more: How to bet on a boxing game online

What do deck of cards represent?

It is believed that the 52 playing cards represent 52 weeks. When we add up the symbols on each deck of cards, we get 364. But when we add the Joker’s value of 1.25 with these, we get the sum of all the symbols equal to 365.25. Which is actually the number of days in a year in our calendar. Numbers on the cards from one to ten also represent some sign or the other, the list of which is as follows:

KING:- He is the guardian of the law, strict temper, likes black colour and judges with a sword, which explains his sharp sword. Its moustache reveals its nature. It is made keeping in mind the King of Israel, King David.

QUEEN:- She is saddened by the actions of her king, which is clearly visible in her face and black clothes. It is accompanied by a burning Shama, which tells that this queen will also dissolve like her and disappear. There is definitely a flower with it, but that is too withered and on the backside which only reveals its misery.

JACK:- Jack of spades. Like the master, so the jack. One who obeys his master’s orders wears black clothes and a hunter in his hand. He has a tough face, does not get deceived by anyone and does all the work not with intelligence, but with a hunter. No one can tempt it.

KING:- Heart means the lord of the heart, that is, the soft heart. That’s why he doesn’t even have a moustache. It is of the worshipper, non-violent, religious and peace-loving nature of humanity. Even so, it is going to provide very alert and efficient leadership. It works with the intellect, not with the sword. That’s why its sword stays backwards.

QUEEN:- She is a queen with a very beautiful, contented nature, scholar but gentle-hearted and calm nature. Its seriousness is clearly visible on its face. The flower of the hand also testifies to this. Despite his gentle nature, he is wise.

JACK: – The jack of betel is also calm and humble in nature like his masters. Simple living and nature lover which is evident from the leaf held in his hand. Keeps a small moustache to maintain discipline.

KING:- This is a three-leafed, wise and a king who protects his rights. He considers himself a servant, not a king. No one knows the secret of this king with a thick moustache. In this, the merits of King Augustus or Caesar are taken care of.

QUEEN:- She is a clever, cunning and sharp-witted queen. Fond of flowers away from the glamour, it believes in solving problems by any means, price, punishment, difference.

JACK: – The jack of the clubs, this is the most famous jack. The one who looks like an idiot hangs a leaf in a turban and is always engaged in flattering his king. There is a lousy person wearing simple clothes and a chubby moustache.

KING: Along with the king, he is also a merchant of diamonds. Always trying to earn money. For which one can do anything. With folded hands, pretends to be honest, but is not clear to the mind. He doesn’t like violence but likes to live comfortably.

QUEEN: – Like her king, she is also a queen who loves wealth, does not fall under anyone’s delusion, is always in love with expensive clothes and jewellery, and is in the urge to earn money.

JACK: – This jack, who is Ronnie Suratwala and without a moustache, always keep getting engrossed in this sorrow that no one else should take any other reward or charity from the king. He is the jack of a rich king, so his clothes are also valuable. It does its job cleverly.

Read more: How to bet on hockey game online

How many cards are in a deck of cards?

There are 52 cards in a standard deck of cards played in various games. There are four suits in these so that they are in red and black. There are 13-13 cards in each suit. Apart from these, there are also 2 or 3 jokers in the deck.

Which is the biggest card on the card?

The biggest card in a deck of cards is the ace. It is bigger than every card. However, in some selected sports, its value is considered to be one and it is considered small. In such a situation, the king becomes a big leaf.

Why are there jokers in the cards?

Jokers are placed to substitute another card in a deck of cards. If you lose a card or if a card is torn, a joker can be used in its place. However, in some games, the joker has a different significance.