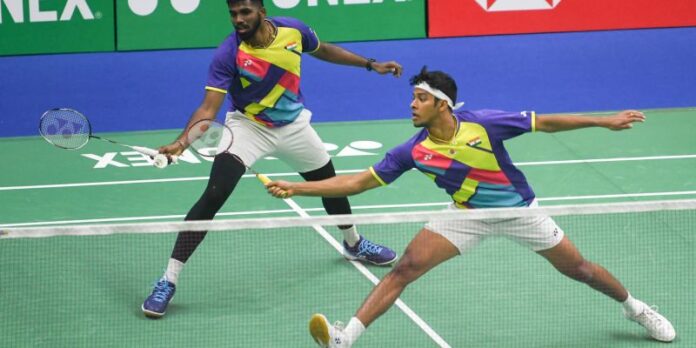 On Friday, India managed to pull off a historic performance beating Indonesia to win the Thomas Cup for the first time ever, in the history of the championship. And it just wasn’t a win, but a complete rout of the 14-times champs, as Lakshya, Srikanth and Satwik-Chirag won their matches.

In the First Match, Lakshya Sen made a very good comeback after losing the first game in a very horrific manner. He ended up defeating Anthony Ying in a tightly fought 8-21, 21-17, 21-16 match giving India a 1-0 lead in the tie. That gave the necessary confidence to the team, going into the second match, and instilled the belief that they could win the tie.

Then, Satwiksairaj Rankireddy and Chirag Shetty played the men’s doubles in which they registered a long three-set match victory against Mohammad Ahsan and Kevin Sanjaya Sukamuljo, with a scoreline of 18-21, 23-21, 21-19. As the scoreline suggests, the match was tantalizingly close, as the Indian pair saved a match-point to make a comeback.

After such a good start to a final matchup, leading 2-0, all eyes were on the veteran Kidambi Srikanth who was to go up against Jonatan Christie. Without any difficulty, he cruised through the match in straight sets with a score of 21-15, 23-21, and gave India their first-ever Thomas Cup Championship. This now means that India is only the sixth nation ever, to win this prestigious prize