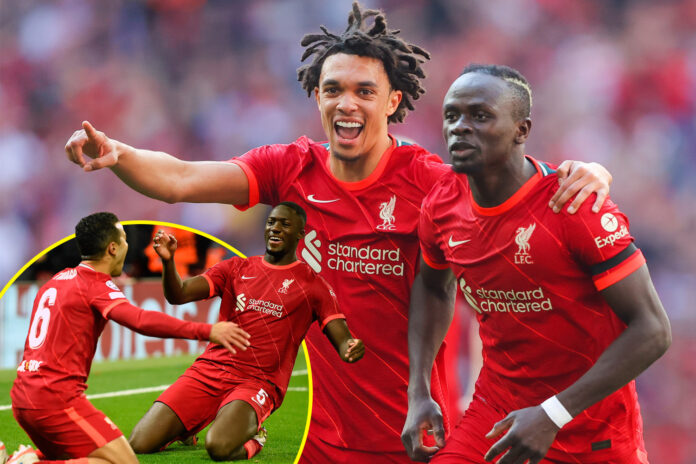 Liverpool winger Sadio Mane has outlined his intentions of securing more silverware for the Merseyside club while acknowledging that he is happy to stay at the club due to the atmosphere at the club. The Senegalese winger has been linked with a move away from Anfield in the summer transfer window.

Sadio Mane joined Liverpool from Southampton in the summer of 2016 for a bargain fee of £34 million. The Liverpool winger has established himself as one of the best wingers in the top flight of English football during his tenure at the Merseyside club. The 30-year-old has scored 119 goals and registered 47 assists in 266 appearances across all competitions.

The Senegal captain who led his nation to the Africa Cup of Nations glory this year is on the hunt for more silverware at club level as he aims to guide Liverpool to a historic quadruple. Mane helped continue the Reds’ push for the Premier League title as he scored the winner in a crucial comeback win to keep the pressure on Manchester City.

Numerous reports have linked the Liverpool attacker with a move away from Anfield with Bayern Munich and Barcelona showing interest in the winger. Mane is set to enter the final year of his deal at Liverpool this summer although the 30-year-old expressed his delight at playing for the Reds.

“When we won the trophies I think I was more happy! But I think I just try to enjoy every moment and try to score and assist for my teammates. I think it is all about the team or nothing; the boys make it easier for me so I am obviously very happy.  Well, I think it[his goal] was first of all a good cross from Luis [Diaz]. I was in the box and in this moment, I just think to put it in the net. Even without power, I think it’s usually a goal so that’s what I try to do,” Mane told Sky Sports.