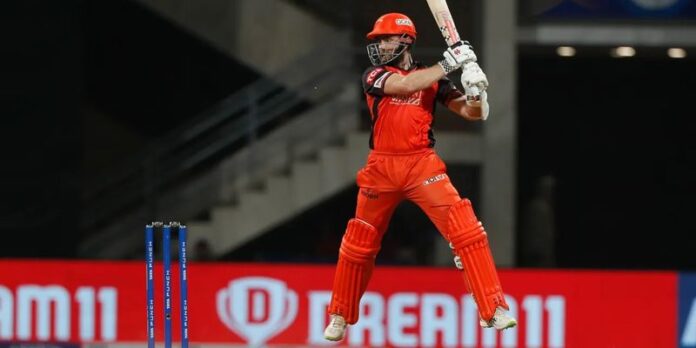 Sunrisers Hyderabad captain Kane Williamson has said that they failed to deliver with the bat and weren’t able to set the platform for a victory while chasing after a defeat against Kolkata by 54 runs. Williamson also added that he will learn something from his poor run of form in ongoing season.

Sunrisers Hyderabad suffered a defeat against Kolkata Knight Riders by 54 runs on Saturday and slipped to the eighth position in the points table. KKR won the toss and opted to bat first. They lost wickets at regular intervals but 34 runs from Sam Billings and an unbeaten 49 runs from 28 balls at the back end of the innings from Andre Russell helped them post 177/6. Umran Malik was the highest wicket-taker with three wickets.

Chasing 178 was not going to be easy for SRH but they lost by a significant margin. Reflecting on the loss, Kane Williamson said that the team was unable to deliver with the bat in the second innings.

“Largely, the first half was reasonable without making more of a dent. It was a fair total and Russell got those big runs in the end. With the bat, we weren’t able to get the momentum to set the platform or get those partnerships. Strong performance by KKR and we’ve struggled to get that momentum in those last few games, which we need for the remaining games,” Williamson said in the post-match presentation.

Williamson used a strange tactic in the first innings as he bowled Bhuvneshwar Kumar and Umran Malik before the last over and the final over of the innings was bowled by a spinner. Washington Sundar bowled the 20th over and Andre Russell smacked him for three sixes. KKR might have ended up on a low total with the total they had before the final over but the last six balls helped them reach a decent total. Williamson admitted that the move didn’t work for the team.

“We wanted to take wickets [so we bowled Bhuvneshwar and Umran early and kept Washington for the last over], it was always going to be a tough over. Washy has stepped up for last overs, using our resources early was something we had planned but it didn’t work out,” he explained.

Kane Williamson has been going through a poor run of form in IPL 2022. He has scored only 208 runs from 12 innings at 18.91 and a strike rate of 92.86. Williamson said that he will learn some things from his struggle and will bounce back soon.

“We wanted a decent start and Abhishek is hitting the ball beautifully, there were glimpses and signs of setting a platform but it wasn’t to be and that was frustrating. [There are] Some consistencies to it (his own struggles), hit to the fielders, then try to hit big and walk back. It teaches you a lesson so some learning for me there,” he stated.