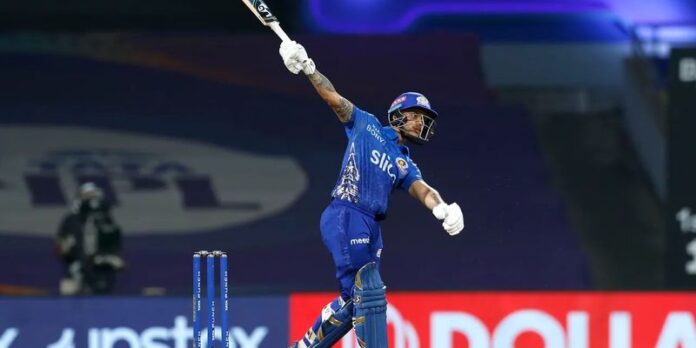 Mumbai Indians won their first game of IPL 2022 on Rohit Sharma’s birthday at the DY Patil stadium to get their first points. Wicket-keeper batter Ishan Kishan talked about the victory and said that his team wants to win the remaining games and make the tournament tough for other teams.

Mumbai Indians wicket-keeper batter Ishan Kishan was overjoyed after his team managed to register their first win of the tournament against Rajasthan Royals at the DY Patil stadium. After losing nine consecutive matches, the Rohit Sharma-led franchise managed to beat Rajasthan Royals by 5 wickets after a good all-round performance by the team.

Although the chances of qualifying for the playoffs are over for the Mumbai Indians but, Ishan Kishan still said that the victory meant a lot to them. “It does (victory means a lot), because it’s not an easy time for us. We need to stick together as a team. We didn’t win matches earlier, but loved the effort put by the team today,” Ishan Kishan said in the post-match presentation while speaking with host broadcaster Star Sports.

The young left-handed batter also talked about how he observed while wicket-keeping in the first innings that the pitch was not easy and hitting sixes would be tough on such a track. “I was keeping for 20 overs and figured out the wicket wasn’t easy to score sixes. My intent was to get boundaries in the powerplay to make it easier for the other batters so that they could come in and score freely. We want to win all the games and make the tournament tough. We need to forget this match and focus on the next game now,” he added.

Mumbai Indians will face Gujarat Titans in their next game on May 6. The team would want to make a statement by beating the Gujarat Titans who have only lost one game so far.