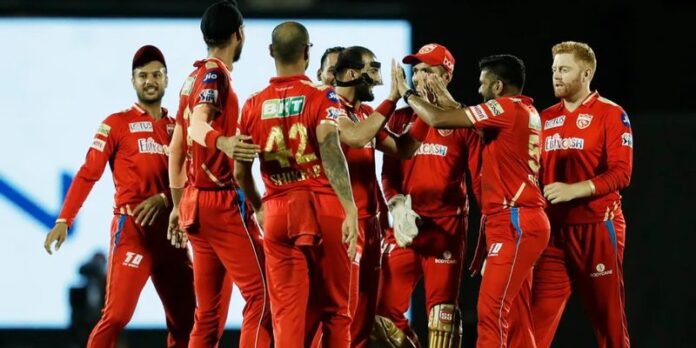 Punjab Kings defeated Royal Challengers Bangalore by 54 runs on Friday in Match 60 of IPL 2022 at Brabourne Stadium, Mumbai. They piled up 209/9 after being asked to bat and then restricted the Faf du Plessis-led side to 155/9, courtesy of a disciplined bowling performance, led by Kagiso Rabada.

Punjab Kings (PBKS) staged a resounding performance in all three departments against Royal Challengers Bangalore (RCB) on Friday in Match 60 of the Indian Premier League (IPL) 2022 at Brabourne Stadium, Mumbai. They posted a huge total of 209/9 on the board after being put into bat. Then they restricted RCB to 155/9 to complete a comprehensive 54-run win. Kagiso Rabada was the pick of the PBKS bowlers, taking 3-21, while Rishi Dhawan and Rahul Chahar claimed two wickets apiece. Arshdeep Singh, however, the most crucial wicket, of Dinesh Karthik‘s. For RCB, Glenn Maxwell top-scored with 35 off 22 balls.

Earlier in the match, Jonny Bairstow set the tone for PBKS after Faf du Plessis won the toss and asked them to bat. Bairstow scored 66 off 29 balls, and his countrymate, Liam Livingstone, carried the momentum going, hitting 70 off 42 balls to take the team past 200. For RCB, Wanindu Hasaranga spun a web around the batters again, returning excellent figures 4-0-15-2. Harshal Patel impressed with the ball as well, picking up four wickets for 34 runs but they did not get the support from their batters as they would have hoped.