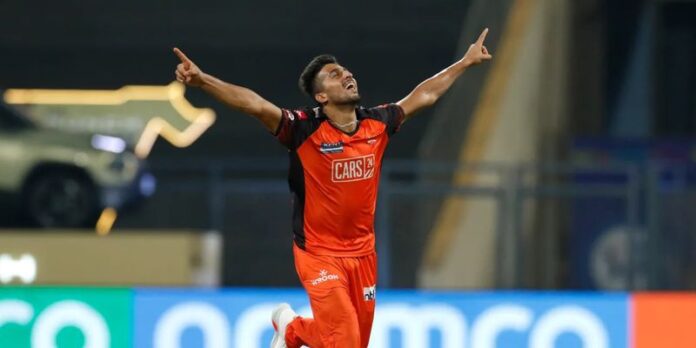 Umran Malik has impressed everyone who has watched IPL 2022 with his sheer pace and the pacer according to many former cricketers is on his way to playing for the Indian team. SRH bowling coach Dale Steyn says that the young fast bowler bowls 90 percent of his balls are above 145 kmph.

Umran Malik has become a household name because of the way he has bowled in IPL 2022. The young fast bowler from Jammu and Kashmir is clocking speeds above 145 consistently in the IPL. He also has the record for bowling the quickest delivery of the season at 157 kmph during SRH’s game against the Delhi Capitals. Many cricketing greats and experts believe the young pacer will make his debut for the Indian team very soon.

Former South African speedster and SRH bowling coach Dale Steyn has often praised Umran Malik for the abilities that he has. “He is an all-out fast bowler. Above 90 percent of his deliveries are around 142 to 145kmph – tell you he is looking for pace all the time. This makes batters think differently in the way they approach him and where they score off him… That is the reason he has picked up wickets. The message to him is to keep things simple. [Just] stay straight, look to attack the stumps, use the bouncer, be smart when you want to change pace, and bowl to your field,” Dale Steyn told The Week.

Umran Malik has also been taken to the cleaners because of the sheer pace that he possesses and Dale Steyn is still confident that any international team will want to have a bowler like that in their side.

“How India uses him is up to them, but he is certainly capable of playing international cricket. One guy bowling 150kmph consistently; I think every international team will want him. How and where you use him is critical,” he said.