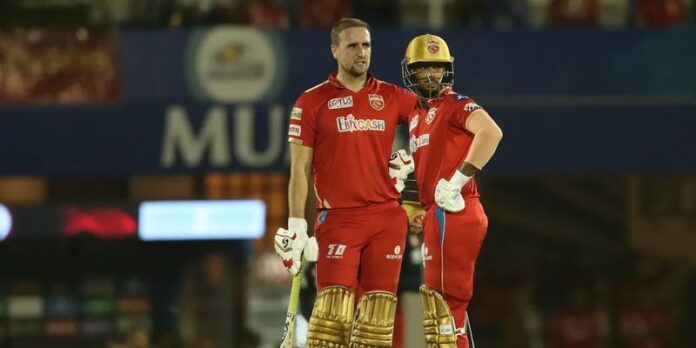 Punjab Kings had raised prospects of an aggressive batting intent throughout the innings in the early phase of IPL 2022, and they have been continuing to do the same. However, the Mayank Agarwal-led side still needs to win the remaining two fixtures to guarantee a place in the Playoffs this year.

Over the years in the Indian Premier League (IPL), consistency of selection was a significant factor in Punjab Kings’ (formerly known as Kings XI Punjab) struggles. But in 2022, this is no longer the case. They had a decent mega auction ahead this year, signing prolific names such as Shikhar Dhawan, Kagiso Rabada, Liam Livingstone and Jonny Bairstow. They also brought in Julian Wood –  a power-hitting coach – as a batting consultant.

Roping in Wood clearly indicated that Punjab Kings (PBKS) would bat ruthlessly in IPL 2022. They have been doing exactly the same, although the ploy did not work on a few occasions. Yet, they did not hold back and now, in a situation where their fate is in their own hands.

With six wins and as many defeats, PBKS have got 12 points in 12 matches in IPL 2022. The ‘anchorman’ Dhawan is consistent at the top, scoring 402 runs at a strike rate of around 123. But their biggest boost among the batters is Livingstone’s scintillating form. The Englishman, who joined the Punjab-based franchise at INR 11.5 crore, has been worth every penny, as he has already plundered 385 at an astounding

In the last couple of matches, Mayank Agarwal, the PBKS skipper, demoted himself to move Bairstow up the order. The plan worked during their last game against Royal Challengers Bangalore (RCB), where he was adjudged Player of the Match for scoring 66 off just 29 balls. They have two games in hand, and all they need for clinching a playoff berth is to win both their games.

In this case, PBKS will automatically qualify for the Playoffs without depending on others’ results. They will finish with 16 points if they win both remaining fixtures, which would eliminate Sunrisers Hyderabad (SRH), Delhi Capitals (DC), and Kolkata Knight Riders (KKR).

Let us make things simple. PBKS’ next two fixtures will be against DC and SRH respectively. All three still have a chance to finish with 16 points. If PBKS beat both, they would maximum have 14 points. And for KKR, they can only have a maximum of 14 points. So two wins for PBKS will mathematically eliminate three franchises from the Playoffs race.

Now the fun fact is if Lucknow Super Giants (LSG) lose both their remaining contests, and Rajasthan Royals (RR) suffer defeat against Chennai Super Kings (CSK), both LSG and RR will finish with 16 points each. With Gujarat Titans (GT) already having 18 points, the second place, between RR, PBKS, and LSG, will be decided via net run rates.

If Punjab Kings win one game and lose one

It is worth mentioning that PBKS are yet to win two matches on the bounce this season. So, winning three games on the trot, that too at the business end, would be a tough task surely. But even if they win one and lose one, they would still have an outside chance to advance to the Playoffs.

PBKS’ next game is against DC, which is a must-win game, considering their opponent’s impressive net run rate (+0.21). The Mayank Agarwal-led franchise has recovered theirs (0.023) as well following their 54-run win over RCB on Friday, but there is still a significant difference between them. DC would get to 14 points if they endure a defeat. Let us assume PBKS is set to lose against SRH for now.

Also, if RR and RCB lose their remaining fixtures, all four franchises – RR, RCB, PBKS, and DC – will finish on 14 points. KKR, too, can get to 14 points if they win both matches, and so are SRH, if they win the other two matches and lose against KKR. In this case, LSG and GT will finish as the top two sides, and for the remaining two spots, the net run rate would be the decider.

If Punjab Kings lose both games

Practically and mathematically, a team can not qualify for the Playoffs if they fail to get 14 points at least. So, if PBKS lose both matches, there won’t be any chance to advance to the final stage.