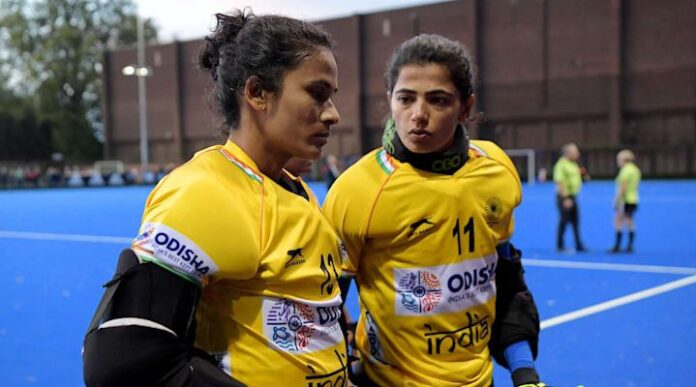 With the clock ticking for the FIH Women’s World Cup in Netherlands and Spain, the women’s core group currently is in a preparation camp at the SAI Centre in Bengaluru. Having a strong pool of players who have performed well at the FIH Pro League and Junior World Cup being called up for the camp.

Explaining the mood in the camp, India’s ace goalkeeper Savita who led the team to the top of the pool table in the Pro League said, “There is a lot of excitement in the camp and players are giving their 100 percent in training. With new players coming into the group by virtue of good performances in the Pro League and Junior World Cup, there is healthy competition within the group and this is helping in bringing out the best in each one of us.”

“With more players getting international exposure, and having gained the confidence to play top teams in big-match scenarios, we are heading in the right direction of building a strong team for the all-important World Cup,” added Savita.

The Indian Women’s Team is grouped in Pool B where they will take on England, China, and New Zealand in their World Cup campaign with the first match scheduled for 3rd July with England in Amstelveen, Netherlands. Ahead of the prestigious quadrennial event, the Indian team will also play the FIH Pro League matches in Belgium where they take on the home team on 11th and 12th June followed by weekend matches in the Netherlands where they take on Argentina on 18th and 19th June, the United States on 21st and 22nd June.

“There is a lot of hockey we will be playing in the weeks leading up to the World Cup, so there is a lot of emphasis on our fitness during this camp and we are also paying attention to the post-match recovery process,” stated Savita.

“With just 50 Days to go for the World Cup and less than a month to go before the group leaves for the Pro League, there is certainly a lot of excitement. The Pro League matches in Belgium and Netherlands will not only provide us a good base for the World Cup campaign but will also help us get acclimatize to the conditions there. We made it to the Quarterfinals last time in London, and the aim this time is definitely to make it to the next level,” Savita signed off.