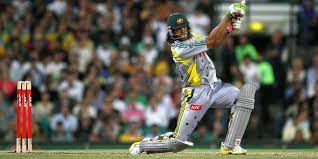 In a recent development, former Australia all-rounder Andrew Symonds died in a car accident about 50 Kilometers outside Townsville on Saturday night at 46. Symonds played 26 Tests, 198 one-day internationals, and 14 T20Is for Australia between 1998 and 2009 contributing with his all-round skills.

Former Australia all-rounder Andrew Symonds passed away in a car accident on Saturday about 50 Kilometers away from Townsville. The cricketer passed away aged 46 and he had played a vital role for the Australian cricket team as a player. Symonds featured in 26 Tests, 198 ODIs, and 14 T20Is for the Australian national team. Queensland police confirmed the development of the occurrence of a car crash.

“Early information indicates, shortly after 11 pm the car was being driven on Hervey Range Road, near Alice River Bridge when it left the roadway and rolled,” Queensland police said in a statement.

“Emergency services attempted to revive the 46-year-old driver and sole occupant, however, he died of his injuries.”

Symonds was a power-hitter and a brutally aggressive batter on the field. His fielding was brilliant and sometimes he also contributed with his spin or medium pace bowling. Although the T20 format arrived later in his career, it suited his batting style. He enjoyed a successful stint in IPL scoring 974 runs from 36 innings at 36.07 and a strike rate of 129.87.

Cricket Australia chairman Lachlan Henderson said that Symonds was instrumental in Australia’s success at World Cups and he was a generational talent.

“Australian cricket has lost another of its very best. Andrew was a generational talent who was instrumental in Australia’s success at World Cups and as part of Queensland’s rich cricket history,” Henderson said in a statement.

“He was a cult figure to many who was treasured by his fans and friends. On behalf of Australian cricket our deepest sympathies are with Andrew’s family, team-mates, and friends.”