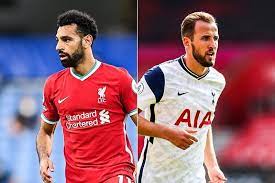 The Premier League is approaching the final few decisive weeks of the season and now is the right time to cash in all your cards in FPL and separate yourself from the rest. To get maximum returns in this double gameweek, you need to rely on your best players and make them the captain.

Well, this one is a fairly obvious pick. Granted that the Egyptian and manager Jurgen Klopp broke the hearts of FPL fans worldwide when Salah was named on the bench during their match against Newcastle. This week will be completely different as the Reds’ season will be defined across their two fixtures in this game week.

The high-flying Reds are big favourites to win both their matches in their quest to claim the title at the end of the campaign. The Reds will still be reeling from their high in the Champions League and will be sure to continue their momentum with Salah set to play a decisive part in shaping their campaign.

Similar to Salah, Kevin De Bruyne was rested for his side in their fixture in Gameweek 35 and that is likely to cause concern among FPL fans but it is unlikely that Pep Guardiola will leave him out again as the mounting picture of the title race is sure to weigh heavily on his mind, especially after their disappointing exit to Real Madrid in the Champions League.

Newcastle on Sunday will prove to be a tough test for the Cityzens as the Magpies have overturned their fortunes since hiring Eddie Howe. They proved against Liverpool that they are a hard team to break down but if you had to choose one player from world football to break down a defense, it’s the mercurial Belgian.

The Belgian playmaker has recorded all but one of his goal returns at home against Newcastle while amassing 56 points in his last six matches, thanks to four goals, four assists and 10 bonus points.

City also face Wolves, who to put it frankly are in freefall. They have lost seven of their last ten games and looked completely open at the back against Norwich which doesn’t fare well for their fortunes when facing the reigning Premier League champions.

All in all it should prove to be a good day at the office for De Bruyne.

Well to be perfectly honest, Gameweek 35 was the right time to captain Son but this upcoming GW will prove to be a season-defining one for Spurs. They have two tough fixtures on their hands as they face Liverpool and then Arsenal. Liverpool will be a tough test to overcome at home as their dreams of securing a quadruple are still alive.

In my opinion, the game against Liverpool will be an open game as Spurs are also chasing a top-four spot. It will be a high-scoring affair which could mean a fruitful day at the office for the Spurs frontman.

Then comes the North London derby with both teams not producing consistently in recent weeks. They both go into a match on an equal footing with a win for either team proving decisive to securing a coveted Champions League spot. Arsenal has consistently shown they are defensively vulnerable and in a contest where both teams have the impetus to produce, I expect a productive day for Son.

Yes I know I said that you have to rely on your big hitters for maximum points but hear me out. Everton have everything to fight for and Richarlison has been in fantastic form, helping his side when they need him the most in recent weeks. Richarlison has the second-best attacking stats of all players in the league if you compare their previous six games.

The Brazilian has attempted the most shots inside the box and has marked his output with four goals. In this gameweek he is set to start against both Watford and Leicester who have been poor at the back all season.

Neither side have shown any significant improvements and have conceded a combined 23 goals between them in their last six. Richarlison could capitalize on their vulnerabilities and help Everton secure their survival in the top flight of English football.

It was hard to pick between Kevin De Bruyne and Heung Min Son but I would go with the talismanic Spurs attacker as I foresee more chances for the South Korean to make his mark in what I expect to be high-scoring affairs. Picking any of these choices will be fine as all of them have their reasons and ability to produce in a decisive gameweek that will determine the fate of their campaigns.