Someone answer, does India even need the Commonwealth Games? 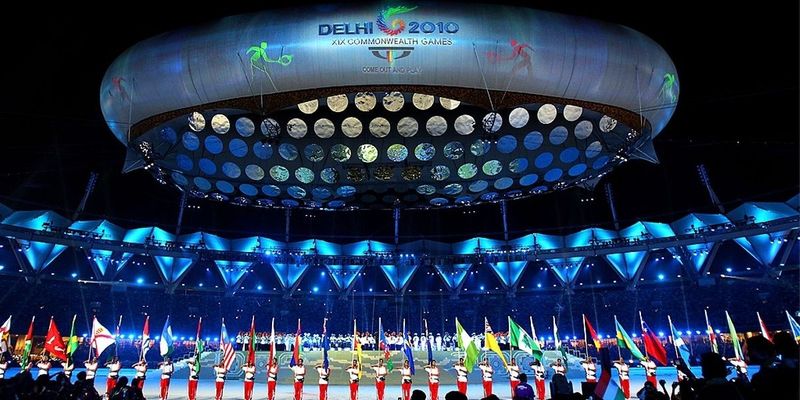 The year was 1958 and India had never won a gold at the CWG, in the three previous editions it had participated in. The only medal was a bronze by wrestler Rashid Anwar in 1934. Two decades later, Milkha Singh burst onto the scene and certainly had the potential to take on the best in the world.

That is exactly what happened in the iconic 440 yards final at the Cardiff Games, where the ‘Flying Sikh’ got India’s first gold at the event, getting the better of Malcolm Spence of South Africa, who two years later, pipped Singh to clinch the bronze medal at 1960 Rome Olympics. Just looking at the level of competition at the CWG back then, naturally, it was independent India’s one of the biggest sporting achievements, one that is celebrated till now. It could also have gone a long way in instilling the belief in Indian athletes, across sports, to win at the CWG level at least, which shows in the results we generate these days at the Games.

Then there was young Prakash Padukone, who put India on the badminton map, with his victory in the 1978 edition over World Championship silver medalist Derek Talbot, in the final. 1982 saw Syed Modi repeat the feat of Padukone, to win the men’s singles gold again, kickstarting a culture of the sport in India, whose successes we are building on to date.

CWGs contribution to developing the sport of shooting also cannot be forgotten, as it was only after Ashok Pandit’s first-ever gold at the Brisbane Games, that India went on to become a power-house, at least among former British colonies, adding 62 golds after that, second only to Australia’s tally of 70. It was only after winning multiple medals here, that the likes of Rajyavardhan Rathore, Abhinav Bindra, Gagan Narang, and Vijay Kumar, went on to win their respective Olympics medals.

But just like all good things don’t last forever, at least in sports, the development or the boost CWG gave to the Indian athletes till about the last decade is nowhere to be seen now. Irrespective of the sport, Indian champions at the CWG level, often struggle to transition their form to the Olympics level, one would wonder why. That simply gives rise to a debate if and whether the Indian athletes and the fans, should attach any importance to the global event.

Let’s get back to shooting again. In the 2018 edition, India went on to win seven gold, four silver, and five bronze medals in the sport, topping the medals tally. But this performance amounted to nothing at the 2020 Olympics, as none of the Indian shooters bagged a medal there. Actually, none of the medalists from other countries too went on the win at the Olympics, which does raise a few questions at the level of competition we are looking at. The 2014 CWG was no different, result-wise for Indian shooters, having won medals in heaps, and then failing to grab eyeballs at the Rio Olympics two years later. Glasgow Games produced only one Olympics medalist two years later, England’s Steven Scott in the men’s trap event.

It is a separate story, that shooting is omitted from the 2022 and 2026 editions, but India fighting the case for its inclusion only goes on to show our fixation with the medals which amount to nothing. In the past, IOA secretary-general Rajeev Mehta and former sports minister Kiren Rijiju had both threatened a pull out from the Games, if shooting was not included. All this, for a sport, where there are enough competitions for the Indian shooters to test themselves against the best shooters, in a more testing environment than the CWG.

Another sport, boxing turns out to be a bigger disappointment. 2020 was the year when boxing fans in the country thought that 2018 CWG medalists like Amit Panghal, Manish Kaushik, Vikas Krishan, and Manoj Kumar would impress at the Olympics, but that was not to be. In the women’s section, Mary Kom could not do much either. 2014 CWG led to an even bigger flop at the 2016 Olympics in Rio. Shiva Thapa lost in Round of 16 at CWG, Manoj in quarters, and Vikas in pre-quarters, made it to Olympics, and of course, didn’t do enough there as well. Meanwhile, the medalists in 2014 — Vijender Singh, Mandeep Jangra, and Devendro didn’t make the Indian team in 2016.

This just shows the level of competition there is at the CWG level at present (the sports in which India has a stronger presence), and how (hope not true), we are content winning the medals here. While in the last few years there has been a renewed focus on sports and winning medals at the Olympics, the actions have quite not matched the intent shown by the authorities. Huge rewards for winning a CWG medal have perhaps only taken away the appetite of the athletes to do well and slog it out for the Olympics. Back in 2018, the Haryana government had announced prize money of INR 1 cr for gold medal winners, 50 lakh for silver, and 25 lakh for bronze; as many as 22 athletes benefitted from this scheme, and later only Neeraj Chopra and Bajrang Punia won medals in 2020 Olympics, from that list (excluding players from men’s hockey team). While India is usually placed in the top-5 nations in the CWG medals tally, once again, it hardly means anything….Australia practically sends a ‘B’ team, and so does England, and yet for our top athletes, the Games are no less than a festival, where even sometimes beating those players becomes a task. 2010 Delhi CWG, India finished with 101 medals, just behind Australia, which made a lot of us believe that a major shift was around the corner, with the government pumping in money on infrastructure, players, and other important, keys to success.

But 12 years later where do we stand, this is the question we need to ask ourselves. Swimming is a classic case. Nations like Zimbabwe, Papua New Guinea, and Kenya have a gold medal each, while Jamaica has three silver and as many bronzes. Where does India stand — just a bronze by Prasanta Karmakar at the 2010 Games, in the 50m freestyle S9 category.

Over the last few editions, the CWG has also seen some of the top players around the world skipping the meet for different reasons. Some of the names that come to mind easily are Jamaicans Usain Bolt and Yohan Blake skipping the 2010 Games, apart from the likes of Mo Farah, Andy Murray, and Lleyton Hewitt. Whereas in 2014 Bolt, once again, decided to stay away from the track in his pet events, and just focussed on the 4x100m relay, to avoid any injury. This just goes to show the mindset of foreign athletes towards the CWG, and decide to skip the event, to perhaps peak in other important events. No doubt, something similar should be on the minds of our athletes too.

Taking a cue from what the top nations at the CWG do, the Indians too should focus on developing the sports where vast improvement is needed. In fact, the exclusion of shooting and wrestling in future events, there should be a push for sports like swimming, gymnastics, and athletics. And if no sizeable improvement is seen in the latter three, in the next two editions — someone will have to answer, ‘if the Commonwealth Games are really needed’?

Roulette is not just about earning money but it is also a source of entertainment. If you are not the one who is into...
Read more
Roulette

Web roulette certainly has its advantages. Some of the advantages a web casino holds over a brick-and-mortar casino is the ability to play any...
Read more
Roulette

Roulette is one of the most popular casino games. It is available at almost every casino, offline or online. Roulette in casino is...
Read more
Roulette

Roulette is not just about earning money but it is also a source of entertainment. If you are not the one who is into...
Read more
Roulette

Web roulette certainly has its advantages. Some of the advantages a web casino holds over a brick-and-mortar casino is the ability to play any...
Read more
Roulette

Roulette is one of the most popular casino games. It is available at almost every casino, offline or online. Roulette in casino is...
Read more
Roulette

Online Roulette is a game that has no real rules and strategies. Its main focus is to give players the most enjoyable environment to...
Read more
Football

Introduction about Football Bets It’s no secret that cricket is the most widely followed sport in India, with millions of cricket crazy fans going into...
Read more