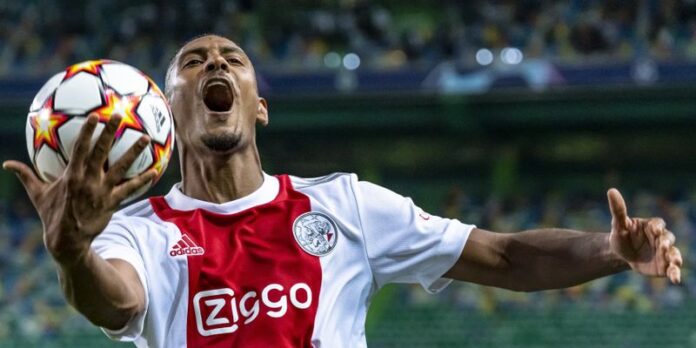 According to Goal, Bayern Munich have shortlisted Sebastien Haller as their top choice to replace Robert Lewandowski should the Pole leave the club next summer. The 33-year-old has less than fourteen months left on his contract and has been heavily linked with a move away from the club.

With the 2021/22 season slowly reaching its final gameweeks, it has seen the attention turn towards the summer transfer window, especially with more than a few contracts expiring. From Kylian Mbappe to Paulo Dybala, the list of players with less than two months left on their current deals is incredible but the focus has also shifted to a few others. Robert Lewandowski is at the top of that list as the Pole’s contract expires in the summer of 2023 and negotiations have stalled.

It has seen reports indicate that Barcelona, Real Madrid and Manchester United are all keen on signing him, especially with Bayern reportedly only asking for around 40 million. However, while negotiations are still ongoing, Goal has reported that the Bavarians already have an eye on a replacement with them looking into a move for Sebastien Haller. The Frenchman has turned his career around in the Netherlands, with Ajax, and has thrived under Erik ten Hag, netting 46 goals in 62 appearances.

The report has further indicated that Ajax are keen on a move for Bayern starlet Joshua Zirkzee, currently on loan at Anderlecht, and the club believe that a deal can be done. Not only that, Bayern are reportedly in negotiations with the Eredivisie giants over moves for Noussair Mazraoui and Ryan Gravenberch, and are thus confident about getting a deal for Haller done. Goal has further reported that Manchester United are also looking into a move for the former West Ham man with AC Milan and Inter Milan also scouting the French forward.