Jos Buttler: A genius at his craft 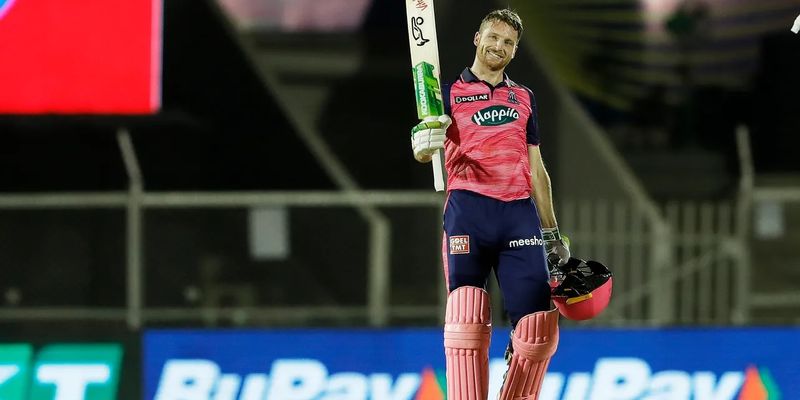 Jos Buttler is one of the finest cricketers in the white-ball format and has made his presence felt whenever he takes the field in any jersey that he wears. The English wicket-keeper batter has now entered the proverbial ‘purple patch’as a batter and seems unstoppable in the IPL 2022.

The English cricket team has seen many brilliant cricketers play for their side. The list is long as players like Sir Len Hutton, Sir Jack Hobbs to the modern-day batters like Kevin Pietersen and Sir Alastair Cook have graced the game and these are just a few names. All these batters in their era dominated the game and were a delight to watch whenever they came out to bat. Folks from the current generation might not have even heard some of the names that I have mentioned but it is important for them to understand what kind of legacy England has when it comes to producing world-class batters.

As a kid, I watched Marcus Trescothick who was an absolute treat to watch when he was at his best. The left-handed opening batter had panache and elegance in his strokeplay he never tried to hit the ball too hard and yet found boundaries as often as any other batter from around the world. The reason I talk about Marcus Trescothick is that players of that class and calibre are still a rarity in the game and as the game has moved forward players like that have become a rare sight in English cricket.

Recently, Sir Alastair Cook was one batter who enthralled the audience whenever he stepped out to bat in a Test match. The ability with which he scored runs made everyone feel like he could break Sachin Tendulkar‘s record of centuries in Test cricket but that did not happen. England saw a bit of a downfall when they started rebuilding their team but a certain Jos Buttler started rising up the ranks in English cricket.

Jos Buttler, a wicket-keeper batter was predominantly known for his skills behind the stumps. In an era that has a player like Jonny Bairstow, Buttler has had to perform regularly to make sure he does not lose his spot on the English team. He first made his debut for the English side against India in September 2011. Since then, he kept improving as a cricketer and was given his Test cap in 2014 that too was against India after then wicket-keeper batter Matt Prior got injured.

Jos Buttler’s rise as a batter was there for all to see and it became more and more evident that in the white-ball format, he would remind anyone of former greats who had played for England. But the difference between him and them would be the way he batted in every format and he was quickly being known as one of the best batters in white-ball cricket.

With his stellar performances in white-ball cricket, IPL franchises started keeping an eye out for Jos Buttler as many teams started realising the potential that Jos Buttler had. Jos Buttler for the first time added his name for the IPL auction in the 2016 edition and was snapped by IPL’s most successful franchise Mumbai Indians.

The right-handed batter played two seasons for the Mumbai Indians but did not impress much. He managed to score 255 runs from 14 games in the 2016 edition. In the year that followed, he was unimpressive once again as he scored 272 runs from 10 games. Mumbai Indians decided to release the English batter ahead of the 2018 auction.

Rajasthan Royals went after Jos Buttler in the IPL auction of 2018 and bought him for a sum of INR 4.4 crore. Since then, the English batter has been a part of the IPL franchise and has done tremendously well with them.

In the 2018 season, Jos Buttler showed the world why he was being known as one of the best batters in white-ball cricket. Buttler had his best IPL season since his debut in 2016 as he scored 548 runs from 13 games with a top score of 95 to announce to the world that he had arrived in the cash-rich league.

In the following seasons, Buttler did well as he just played 8 games for his franchise due to international commitments and yet was able to score 311 in 2019. The 2020 season saw a slight dip in his form in comparison to the standards that he had set in the 2018 season as he managed to score 328 runs from 13 matches. In 2021, he could only play 7 games for the Royals and notched up 254 runs.

But, the IPL 2022 has so far been unbelievable for Jos Buttler. Fans and commentators who are watching the game are in absolute awe of the genius that Jos Buttler. He is one of the best timers of the cricket ball and can hit boundaries at will. Buttler’s strokeplay and technique are something that any youngster who watches the game will want to learn. He does not try to overhit the ball or play unorthodox shots just to keep the momentum going.

Rather he plays proper cricketing strokes mixed with the brute strength that he has to dispatch the best of bowlers over the boundary ropes. In IPL 2022, Jos Buttler has set the stage on fire and it seems like he is on his way to having his best season in the IPL. In the six games that the English batter has played so far, Buttler has smashed 375 runs which includes two centuries which just goes on to show the kind of form that he is in.

No bowler or team has managed to find a way to stop the Rajasthan Royals batter as he holds the Orange Cap which is proof of the kind of form he is in. Rajasthan Royals led by Sanju Samson will be very pleased with the kind of season he is having and will be hoping that he can continue like this. Buttler is a treat to watch in every game that he plays and if he continues like this, he could well be on his way to breaking Virat Kohli‘s record of 976 runs which he achieved in the 2016 season.