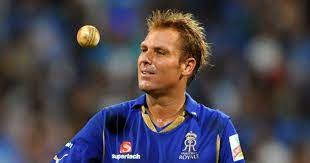 Rajasthan Royals will pay tribute to their late IPL-winning skipper Shane Warne on April 30 when the Sanju Samson-led team will be up against Mumbai Indians. The legendary Australian cricketer passed away in March after he reportedly suffered a heart attack while he was on a holiday in Thailand.

The franchise in a press release announced, “It is befitting that the same stadium where Warne lifted the IPL trophy will see the cricketing world come together to pay their respects and celebrate his life”.

“The franchise would like to iterate that it will not be an occasion to mourn, but to commemorate the great man, and salute him for his never-ending contribution to the game of cricket as well as impacting thousands of lives around the world through his words, energy, and actions both on and off the field.”

The Rajasthan Royals team members would be seen sporting a special jersey when they take the field against Mumbai Indians to mark the occasion. The team would be donning ‘SW 23’ on the collars of their playing kits as it was the jersey that Shane Warne used to wear in his playing days.

An area of the venue where the match between MI and RR is supposed to be played has been turned into a tribute gallery for Shane Warne which the fans will be able to visit who come to watch the game on April 30. “The Royals have also reached out to the Batch of 2008 and are appreciative of everyone who has sent in their tributes for the greatest leg-spinner of all time. These tributes will be made available on the matchday on Rajasthan Royals’ social media…”