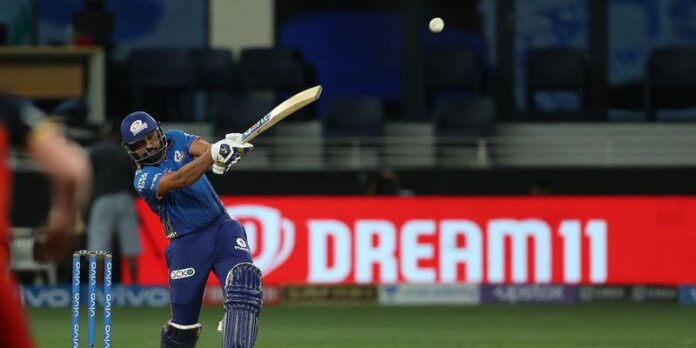 After suffering their eighth defeat in IPL 2022, Mumbai Indians captain Rohit Sharma has admitted that they haven’t batted well enough in the tournament. MI suffered a 36-run defeat in their last game against LSG as their batting unit suffered a collapse and the team ended up short of the target.

IPL 2022 has commenced and the season has been one of the worst for Mumbai Indians. They have played eight games and are still searching for their first victory in the competition. The team lacked a collective effort against Lucknow Super Giants on Sunday as they lost wickets at regular intervals while chasing. Inviting the opposition to bat first, MI bowled well as they restricted the opponents to 168/6 in spite of a 103* knock from KL Rahul.

However, the chase turned out to be a disaster for them as they kept losing wickets regularly. Rohit Sharma was the highest scorer with 39 runs while Tilak Varma scored 38 runs. The team ended up on 132/8 and lost the match by 36 runs. Reflecting on the defeat, captain Rohit Sharma said that the batting of the team has been disappointing.

“We didn’t bat well enough. When you have a target like that, it is important to string partnerships. But some irresponsible shots in the middle, including mine. We didn’t get the momentum. They bowled really well. We haven’t batted well enough in this tournament. Whoever plays in the middle needs to take that responsibility and go on to play long innings. Some of the opposition players have done that and that is what is hurting us,” Rohit said in the post-match presentation.

MI have been making constant changes in their lineup. However, they didn’t change much in this match. Rohit opined that they should have a settled lineup and the players should get a fair chance.

“We need to ensure that we have a settled team and give players in the middle a fair chance. Their roles are different when they play for their countries and here we expect something else from them. We tried not making too many changes, and we have tried to play the best combination possible. But when you lose games, you always have such discussions. As far as I am concerned, I want to give people enough chances to prove themselves. The season hasn’t gone the way we would have wanted it to, but such things happen,” he stated.

MI will play their next game against Rajasthan Royals and wil aim for the first two points in the tournament.