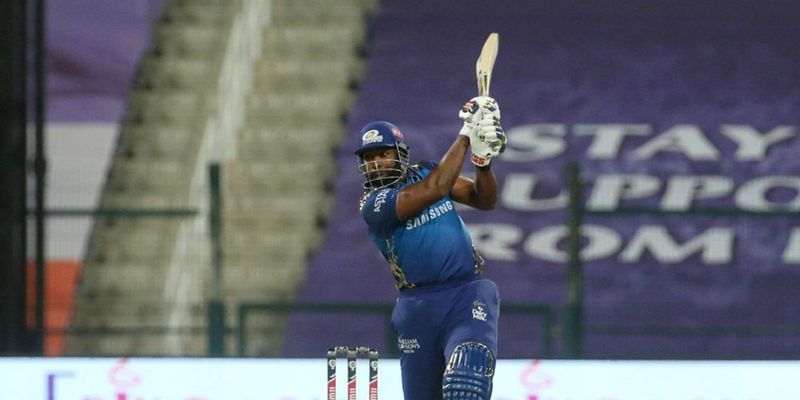 Kieron Pollard has been known to be one the best finishers in world cricket as he clears the fence often with his power-hitting. However, IPL 2022 is turning out to be a nightmare for him as his finishing skills are seen to be waning and he is not able to provide clinical finishes for his team.

West Indian batters are usually known for their power-hitting. They use their muscle power very well while batting and clear the ropes with ease. One such player, West Indies giant Kieron Pollard has been terrific with his finishing skills in the shortest format of the game over the years. Pollard has vast experience playing in various T20 leagues around the world. Mumbai Indians are experiencing a torrid season in IPL 2022 as they have lost all the matches they played so far and the lack of runs from Keron Pollard has been one of the reasons behind the team’s decline. He used to provide clinical finishes for the franchise but this time around that’s not the case.

Going into the mega auction, Mumbai Indians retained Kieron Pollard and it understandably seemed to be an emotional decision. However, the gesture hasn’t played out very well for MI as they are still struggling to find their combination in the lower order. Pollard has amassed 82 runs from 6 innings at 16.40 with a strike rate of 134.43 in IPL 2022. His performance has played a key role in Mumbai’s successive defeats in the tournament.

Pollard has scored 2706 ODI runs at 26.01 with a strike rate of 94.41. He has also amassed 1569 T20I runs at 25.30 with a strike rate of 135.14. Pollard does not enjoy a successful international cricket career but he started showing his potential in franchise cricket from the start. He has improved his game in international cricket in recent years but still, franchise cricket has turned out to be the best medium for him to display his ability to clear the fence frequently. Pollard has 11509 runs in 521 T20 innings at 31.35 and an impressive strike rate of 151.73 and has also bagged 305 wickets. He has experience playing in various leagues like IPL, PSL, BBL, CPL, etc., and many more.

MI shelled out $750,000 for his fearsome hitting power in 2010 and he has been a majestic finisher for the squad.  He has scored 2250 IPL runs in 166 IPL innings with a strike rate of 149.35 and has mostly batted in the lower order. 2015 and 2020 were his best seasons. In 2015, he scored 419 runs at 38.09 and a strike rate of 163.67. In 2020, he plundered 268 runs at 53.60 and a massive strike rate of 191.42. Pollard was an integral part of the lower order of MI along with Hardik Pandya and Krunal Pandya. The duo of Hardik and Pollard was so dangerous that their partnership was fearsome for batters as they both have the ability to turn the game on its head. But in IPL 2022 Pollard have the sole responsibility of finishing the innings and the team hasn’t been able to figure out their lower order batters yet.

So several things went wrong for Pollard which led to him being not able to deliver. His international form coming into the tournament hasn’t been very good since last year. He has 343 runs from 21 T20I innings at 26.38 and a strike rate of 131.92. The strike rate of 131.92 is a low for a finisher and his average also dropped from the previous year. Another major factor that has changed this season is the presence of the Pandya brothers. With both of them along with him in the lower order and an ability to finish he used to have the freedom to play in his own style. Now, he is the sole finisher in the MI batting order and other batters in the lower order are not fixed yet. MI has tried Tim David, Daniel Sams, and Ramandeep Singh and kept rotating batters in the lower order. Pollard has scores of 3, 22, 22*, 0, 10, 25 and he has been able to play in his attacking style against Lucknow Super Giants in the last game. The pressure of finishing the innings seems to be taking a toll on him and the team should support him to play without pressure.

Another factor that has prevented him from scoring runs is that the bowlers have successfully decoded his game. They bowl him outside off in the blockhole or try to bowl slower deliveries restricting him from dragging them on the leg-side. Also, the long-on is usually positioned very fine where Pollard likes to play his shots. The field is spread on the leg-side in crucial positions mostly where he plays his shots like long-on and deep midwicket. He also lacks an attacking partner like Hardik Pandya or Krunal Pandya from the other end that compels him to take a swing at everything.  It was expected that Tim David will attack at the back end of the innings with Pollard but he was dropped after the first couple of games.

If MI wants to change their fate in the tournament and bounce back, Pollard’s finishing skills will be very crucial. The middle-order is doing well for the team but top-order and lower-order need to step up. For MI their youngsters like Dewald Brevis and Tilak Varma have played well and the team will now look upon the shoulders of senior batter in the team Kieron Pollard to review their campaign.