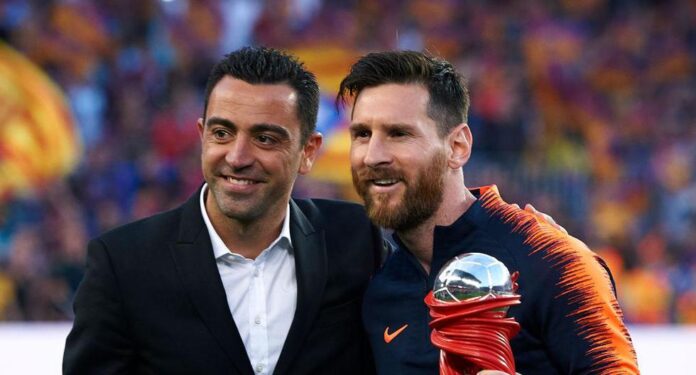 Barcelona head coach Xavi Hernandez has revealed that the door will always be open for Lionel Messi to come back to the club as they owe him for what he has done in the past. The Argentine left the Camp Nou side last summer, on a free-transfer, after spending more than two decades at the club.

After Lionel Messi’s u-turn in the summer of 2020, many expected the Argentine and Barcelona to hash out a new contract and get things over the line but it wasn’t meant to be. The La Liga side’s financial issues combined with a bloated wage bill meant that they had to let Messi leave on a free-transfer with the forward signing for Paris Saint-Germain. However, while both parties have since moved on, it has seen Javier Tebas admit that he wants to see the Argentine back in Spain someday.

That has opened questions as to a potential move back for the 34-year-old in the near future with more than a few fans clamouring for it and Xavi Hernandez has revealed that the door is always open for Messi because of what he has done for the club in the past. But the Barcelona boss admitted that it’s open if he wants to come and have a chat or watch training as anything else needs to be discussed with PSG and Barcelona.

“I think Messi’s the best ever. The door will always be open and, while I am coach, if he wants to come every day to watch training or to speak with the manager, [then no problem]. He’s owed a huge homage from the club. That’s how it should be because everything he has given us has no price. But he has a contract with PSG so I can’t say much more,” Xavi said, reported ESPN.