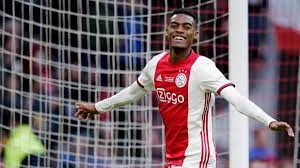 According to Fabrizio Romano, Bayern Munich have made a bid worth €15 million plus €10 million in add-ons for Ajax midfielder Ryan Gravenberch although negotiations are ongoing. The Dutch midfielder is considered to be one of the best young starlets in the game and has been linked with a move away.

With reports and rumours indicating that Ryan Gravenberch has no intention of signing a new contract, it has seen several clubs from across Europe scout the midfielder keenly. The 19-year-old’s current contract expires at the end of the 2022/23 season and it does mean that Ajax are reportedly open to selling Gravenberch next summer so as to not lose out on a fee. However, while no move has materialized so far, Bayern Munich are said to be his top suitor although the Bavarians do have competition from England and Italy.

But in light of that, Fabrizio Romano has reported that the Bavarians have made the first move with a €25 million bid for the midfielder. The fee is said to be an initial €15 million with further add-ons, over many years, that will total up to €10 million although the two parties are yet to come to an agreement. Gravenberch is keen on the move but Romano has further reported that Ajax are asking for more as they believe the midfielder is worth more than €25 million.

Furthermore, the transfer expert has revealed that negotiations have only just started between the two sides and that Bayern are reportedly confident that they’ll get a deal done before the window opens. However, reports have indicated that Chelsea and Manchester City alongside a few others are keeping a close eye on proceedings and could complicate things for the German giants.