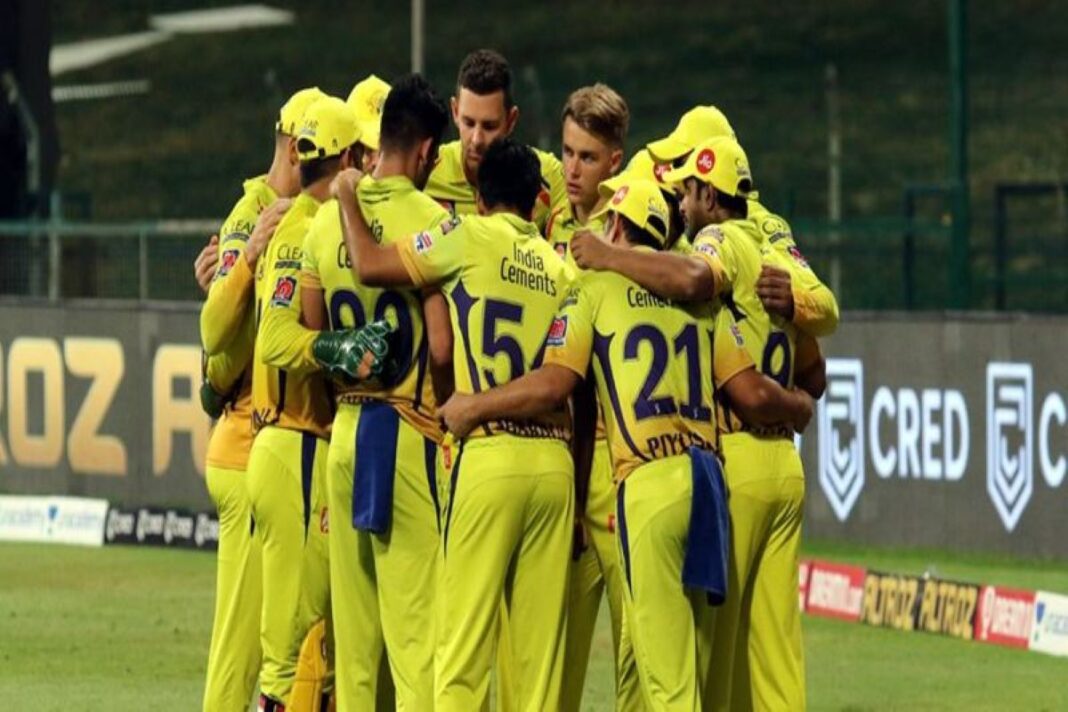 Chennai Super Kings is one of the finest franchises in the history of the Indian Premier League. Under MS Dhoni’s leadership, this IPL team is one of the most consistent teams when it comes to giving brilliant performances in the tournament. Any team, except for Mumbai Indians, would be envious of the glorious past that the Chennai-based franchise has enjoyed. Even after being banned for two seasons, CSK returned in 2018 and picked up exactly from where they had left off. MS Dhoni and his ‘dad’s army’ managed to lift the trophy in the most fairytale manner.

In the 2019 season, they managed to reach the final once again but lost the game to Mumbai Indians in the most heartbreaking way possible. They lost by 1-run after one of the best Shane Watson knocks in another IPL final. However, it was the 2020 season that came as a shock to the team as well as fans across the world. Chennai Super Kings finished 7th on the points table and for the first time failed to qualify for the play-offs. The team was written off by cricket experts and everyone believed that if they wanted to do well in 2021 then it was imperative for them to change their squad completely and rebuild it.

MS Dhoni returned in 2021 as the skipper with the same squad which had finished 7th in the previous season and it was their worst performance in IPL history. He did what he does best by believing in his team. The CSK captain gave his teammates confidence and showed them that he believed in their abilities. They repaid Dhoni’s faith by doing the unthinkable and winning the title in 2021. With IPL 15 coming up, the franchise will be looking to retain their title in what may be MS Dhoni’s final season as a player for the Chennai-based franchise.

Just before the start of the IPL 2021, CSK announced that MS Dhoni is handing over the captaincy of the team to Ravindra Jadeja which means the transition phase for the team has begun. Ravindra Jadeja will have a huge task at his hand as retaining the trophy this year might be one of the toughest challenges that the franchise has ever faced. The reason behind it being difficult is because of the mega-auction that took place. With the tournament becoming a ten team event it might get tricky for Chennai Super Kings.

Let’s have a look at the squad that they managed to put together after the mega-auction which took place last month in Bengaluru.

CSK’s trusted opening batter Faf du Plessis is no longer in their squad as he gets ready to captain RCB. The South African had been consistent at the top for the Chennai team and was the second-highest run-getter behind Ruturaj Gaikwad in 2021. Robin Uthappa is most likely to join Ruturaj Gaikwad at the top. In my opinion, the opening pair could be a bit tricky.

Ruturaj Gaikwad scored 635 runs with an average of 45.35 and a strike rate of 136.26. If CSK wants to retain the title then Gaikwad will be the key to their success. Robin Uthappa at the top of the order could be a big gamble for the Chennai Super Kings. Uthappa has played 194 games in his IPL career so far and has 4,722 runs with an average of 27.94. However, he is way past his prime if you go according to records. The right-handed batter was at his best in 2014 and since then his average has only dropped. Ruturaj Gaikwad alongside Robin Uthappa could be a huge gamble for Chennai Super Kings.

Chennai Super Kings have managed to put together a really good middle-order for IPL 2022. With Suresh Raina not a part of the squad, it will be Moeen Ali who will most likely bat at number 3. The English cricketer at number three was very successful in last year’s IPL as well.

Chennai’s most expensive player Ravindra Jadeja has been in top form and will be batting at number 5. He has been terrific since last year’s IPL and has done well in international cricket as well. Jadeja has often played impactful knocks in both international cricket and IPL which is why his batting at number 5 will give CSK a lot of stability. The left-handed batter scored 227 runs from 16 games with a staggering average of 75.66 and a strike rate of 145.51 in IPL 2021.

MS Dhoni and Shivam Dube are two guys who could be seen swapping between numbers 6 and 7 according to the match situation. The former Indian captain is known for his ability to finish games and may opt to bat higher this year. The logic behind this could be that he is not playing any form of cricket other than the IPL which is why it may get a bit difficult for him if few balls are left in the innings. It would be much better if he can get himself in and then go after the opposition once he is set.

Shivam Dube being bought by CSK could reignite his IPL career. The left-handed all-rounder has a chance to leave an impact when he dons the Chennai Super Kings jersey. So far, Dube has featured in 24 games in the IPL and scored 399 runs with an average of 22.16 and a strike rate of 120.54. If he gets MS Dhoni’s backing in the upcoming season, Shivam Dube could turn out to be a game-changer for his team.

Deepak Chahar has been sensational for the Chennai Super Kings in the IPL. Chahar’s injury may have derailed CSK’s plans a bit. However, whenever the fast bowler returns to full fitness he will walk into the side having scalped 14 wickets from 15 games in last year’s victorious IPL campaign. In Deepak Chahar’s absence, Dwayne Bravo could be crucial as he has a boat load of experience in the shortest format of the game. Dwayne Bravo will be entrusted with bowling in the death overs once again. He has been MS Dhoni’s go-to man when it comes to bowling in the final stages of the innings. Dwayne Bravo picked 14 wickets from 11 games last season with an economy rate of 7.81.

English fast-bowler Chris Jordan will be hoping to deliver when he plays for the franchise. Jordan has not been able to impress in the IPL so far but this could be the season where he can change all that. With the league phase said to be played in Mumbai and Pune the pitches might suit Chris Jordan’s bowling style. The right-arm pacer with his variations and international experience can do well this year. He has played 24 matches and taken 25 wickets with an economy rate of 9.12. Adam Milne could also start in the playing XI of the CSK team as they no longer have the experienced Josh Hazlewood in their side. The New Zealander is a right-arm fast bowler and has played 9 matches and picked up 7 wickets with an economy rate of 9.62.

Ravindra Jadeja, Moeen Ali and Shivam Dube will be expected to bowl extensively throughout the season which makes them a formidable bowling unit.

Chennai Super Kings might not have the biggest stars in their team but they do have the ability alongside experience to retain the IPL trophy. They thrive on consistency by giving confidence to their players which is what they might be looking to do once again.