IPL 2022 | Can Punjab Kings turn the table this time to secure their maiden title? 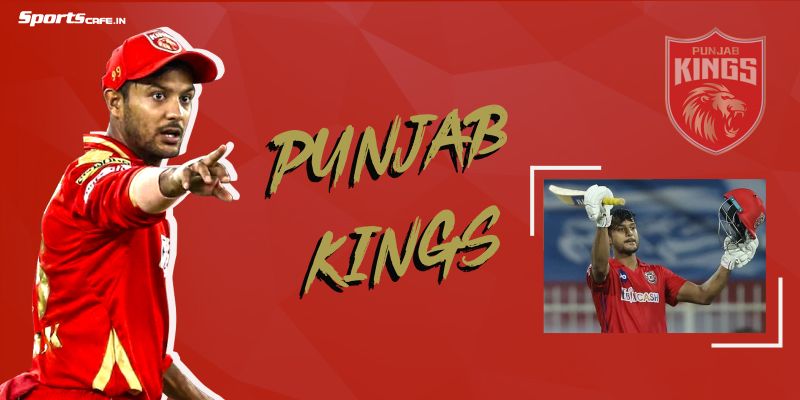 Unlike their history of ‘trying everything’ strategy at the auctions, Punjab have made some serious acquisitions with their large purse at the Indian Premier League 2022 auction, but also have gone big for a few unproven players in the tournament. Now, is it enough to bring the ever-elusive glory?

With the message that reads ‘Where Talent Meets Opportunity,’ the Indian Premier League (IPL) has just turned 15. The tournament, without any doubt, has been living up to the motto since its inception, and now, it has reached an exalted level with the additions of the two fresh franchises – Lucknow Super Giants and Gujarat Titans.

But still, some questions remain unanswered, especially to the ardent fans of the respective franchises who live all across India, or even across the world. While Mumbai Indians (MI) and Chennai Super Kings (CSK) have enjoyed significant success in the previous editions, sharing nine titles between them (do not forget CSK were banned for two editions, in 2016 and 2017), the others, despite having a lot of potential season after season, have enjoyed little success.

One of the ‘others’ are Punjab Kings, formerly known as Kings XI Punjab, a franchise that often goes with a relatively fresh squad in almost every IPL season. In fact, they have appointed 13 captains in the last 14 editions, which is nothing but a sign of a side that always feels their leaders are not ‘good enough’.

The latest captain of the Punjab ship is Mayank Agarwal, whom they had retained at INR 12 crore ahead of the IPL 2022 auctions, held in Bengaluru on February 12 and 13. They had also kept uncapped Indian left-arm fast bowler Arshdeep Singh for INR 4 crore, and headed into the auctions with the largest purse among all ten franchises – INR 72 crore.

Unlike their history of ‘trying everything’ strategy in the auctions, Punjab did some serious acquisitions with their money this time. They got Shikhar Dhawan at INR 8.25 crore, and Jonny Bairstow at INR 6.75 crore. They also roped in fearless and tough Liam Livingstone at a whopping 11.50 crore, and Kagiso Rabada – who seemed to have returned to form against India – at a staggering INR 9.25 crore.

There were quite a few additions and re-additions as well – such as Odean Smith and Shahrukh Khan – who have the ability to turn the tide of a match on a given day.

Let us have a look at Punjab Kings’ 25-member squad:

Now, are they enough to bring the ever anticipated glory? Well, we shall see. But here, let us have a look at the in-depth analysis of the Punjab squad.

After releasing K.L Rahul, the franchise’s leading run-getter (2,548 runs at a strike rate of 139.76, @56.62)  of all-time, Punjab had to go for an opener who had a calibre of consistency at the top. With the huge purse they had in the 2022 auctions before it began, many had predicted Ishan Kishan would be their priority as Mayank’s partner. But eventually and perhaps ideally, they went for experience and acquired Dhawan as one of their marquee signings. The duo can arguably be the most-trusted openers among all.

With the additional responsibility of the captaincy from this season, Mayank would not have asked for a better opening partner than Dhawan, who has aggregated more than 475 runs in each of the last five IPL seasons while batting at the top. So, of course, Dhawan and Mayank can be termed as the ‘reliable openers’.

With Mayank and Dhawan at the top, Punjab have the luxury of using Bairstow at No. 3. They may even push Bairstow at the top to open with Dhawan, and bring Mayank a little down. But then, after that, they do not have someone at No. 4 and No. 5 who can be a dependable option to anchor the innings.

With the limited choice they have, Livingstone will probably bat No. 4 for Punjab. Raj Angad Bawa – one of India’s heroes of the 2022 Under-19 World Cup-winning squad – is another excellent addition. Bawa is expected to follow Livingstone, or even if he fails, they have a replacement for a fast-bowling all-rounder in better-than-ever Rishi Dhawan. It is worth a mention that Bawa can be used at No. 4 as well, which will give Livingstone more freedom to play his natural game.

Unfortunately, Punjab do not have a middle-order batter, who has proved himself in the previous editions of the IPL. Livingstone, one of Punjab’s potential No. 4 batter, has only managed 113 in nine IPL innings so far across two editions (2019 and 2021) at a strike rate of 127. Bawa, another candidate for a similar role, is yet to make his IPL debut, while Shahrukh Khan, the Tamil Nadu-born cricketer, is widely known for clearing the boundaries to finish things off. So, there is enough firepower in the mix, but none of them is yet to take the responsibility of taking the game forward in the tournament.

Shahrukh has been bossing India’s domestic circuit for a while now. He is likely to bat at No. 6 to continue showcasing his humongous ball-hitting ability. Even if he misses out on some occasions, they have Odeon Smith – the big West Indian who has similar prowess – at No. 7.

Punjab will have a lot of bowling options in IPL 2022, which is a great asset for any side in the world, especially in the T20 format. Livingstone, Bawa, Smith, and even Shahrukh can roll their arms if the team requires them to, and the pace duo of Rabada and Arshdeep make them look even more lethal.

Rabada, 26, has a knack for picking wickets at any stage of the game. So far, he has snared 76 IPL wickets at an impressive average of 20.52, while maintaining the economy rate of 8.21. He had a dream IPL 2020 season, where he won the Purple Cap by claiming 30 scalps in 17 matches at an average of 18.26 to help Delhi Capitals – his former franchise – reach the final for the first time.

Arshdeep had a satisfactory IPL campaign last year as well, where he picked up 18 wickets from 12 games at an average of 19. Punjab made a smart move by retaining him alongside Mayank, and he will be looking to continue the momentum in the impending season.

Punjab also have a quality spin-bowler in Rahul Chahar, who will be there to prove a point after being ignored by the national side in recent months. Chahar has bagged 43 IPL wickets in 42 matches at an economy rate of less than seven and a half runs an over, and will have the support of slow left-armer Harpreet Brar from the other end. They also roped in a bargain (at INR 50 lakh) pick in IPL-proven Sandeep Sharma, who can be used as a third specialist seam bowler if required in place of Brar.

Despite not claiming a wild prediction where they will finish, it can easily be said that Punjab have a much-improved squad for the IPL 2022. But then, they have got a brand new full-time captain, and the challenges for him have just got increased with the addition of two new teams.

Punjab are pooled into Group B, alongside Chennai Super Kings, Sunrisers Hyderabad, Gujarat Titans, and Royal Challengers Bangalore. Now, only time will tell whether their star-studded squad can deliver to their potential or not.