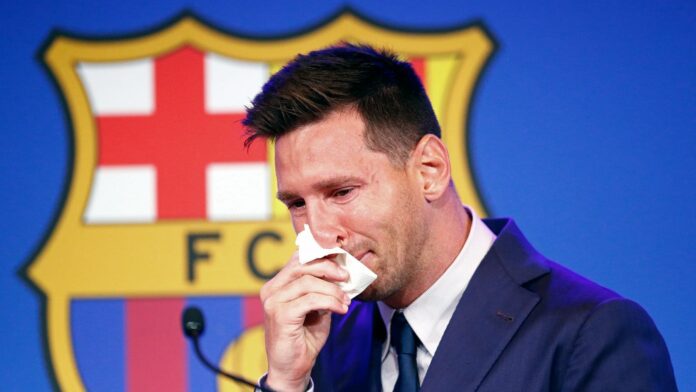 Barcelona president Joan Laporta has admitted that letting Lionel Messi go was the hardest decision he had to make but while he didn’t want to do that, the club had no choice but to let him leave. The Argentine left Barcelona after a twenty year spell, signing for PSG on a free-transfer.

After Lionel Messi submitted a transfer request in the summer of 2020, many expected him to leave but the forward took a U-turn and spent one more year at Barcelona. However, while the Argentine and the La Liga giants came to an agreement over a new contract, the club couldn’t financially afford the Argentine which saw him leave. However, while Messi has now adjusted to a life at PSG and in Paris but even then, questions have been asked about whether Barcelona could have done more.

So much so, that the Argentine’s departure saw Ronald Koeman sacked with the Dutchman struggling to get the team moving again. But Joan Laporta admitted that while he never wanted Messi to leave the club, it “was the hardest decision” he had to make but that was the best situation for the club. The Barcelona president also added that he doesn’t regret the fact that they did let Messi leave.

“Messi’s departure? It was the hardest decision I made. I didn’t want to make the decision. Messi is the best player in history, but that was our situation. I had to make a big decision about Messi, but I do not regret it. No one is above the club. With Messi the reality hit us. There’s nothing else to it. But Barcelona’s history continues, and with hard work and correct decisions we can return to the path of success. That’s what we’re doing,” Laporta said, reported Goal.