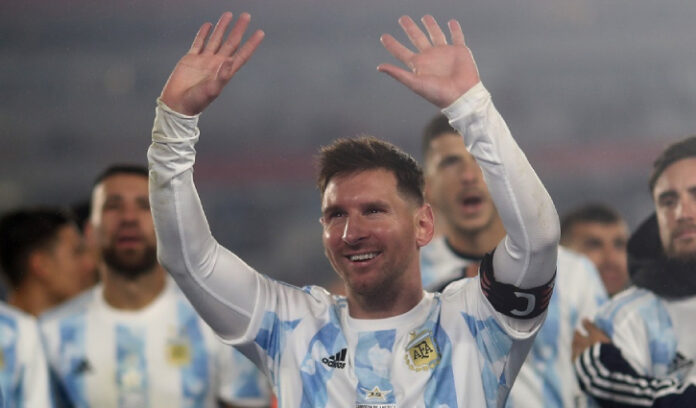 Lionel Messi has asserted that he will consider bringing his international career with Argentina to an end after the upcoming World Cup although he revealed that he will wait until after the end of the competition before making a final decision. Messi led Argentina to the Copa America in 2021.

Lionel Messi joined Paris Saint-Germain on a free transfer in the previous summer as he looked to open a new chapter in a storied playing career so far. However, the seven-time Ballon d’Or award winner has made a slow start to life at Paris following a series of injuries and a bout with Covid-19 over the last few months.

The Argentinean attacker has made 26 appearances for the French side while scoring seven goals and providing 11 assists across all competitions. Messi was unable to prevent his side from exiting the Champions League during their game against Real Madrid in the Round of 16. His lack of substantial impact has led to criticism from supporters and media alike.

Although his club form is suffering, Messi has continued to display his qualities while representing his nation over the international break. The 34-year-old scored his side’s third goal in their 3-1 victory over Venezuela in the World Cup qualifying match. The PSG star admitted that he is considering his international future.

“I really don’t know[the future]. I think about what’s coming, which is very close, [the match against] Ecuador, the preparation matches in June and September. After the World Cup I’m going to have to rethink a lot of things, whether it goes well or badly. People love me a lot and every day they show me more. I am very grateful. It does me good every time I come to Argentina. After the Copa America win, much more,” Messi told reporters after the game.

“Everything flows naturally and it is easier on the field. Winning helps make everything nicer and easier. [The game against Venezuela] was the last game here [in Argentina] before going to the World Cup. I think it’s farewell in a very good way,” he added.