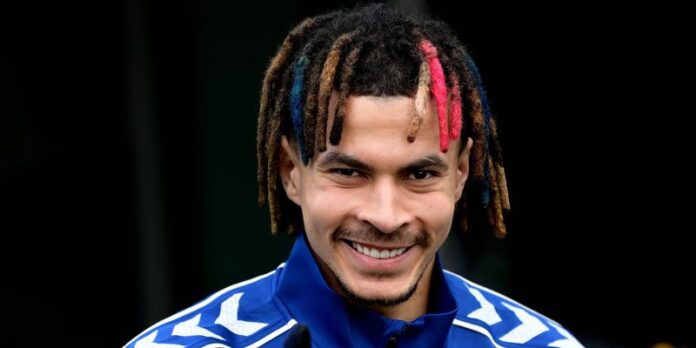 Frank Lampard has asserted that Dele Alli is a fantastic player and it’s his responsibility to bring the best out of the attacking midfielder during his reign at the Merseyside club. Lampard and Alli joined Everton on transfer deadline day as they look to finish the season strongly.

Dele Alli sealed a transfer from Spurs to Everton on transfer deadline day in a deal worth up to ₤40 million. The English midfielder signed a two-and-a-half-year contract until the end of the 2023-24 season and will look to rejuvenate his career at the Merseyside club. The former Tottenham midfielder made 269 appearances for Tottenham while scoring 69 goals and registering 61 assists across all competitions.

The 25-year-old played a crucial part under  Mauricio Pochettino as the London club achieved top-four finishes in four consecutive seasons but fell out of favour during the reigns of Jose Mourinho, Nuno Espirito Santo, and Antonio Conte.

The Englishman has struggled to recapture his best form and has played only ten Premier League games this season. Tottenham’s intentions of selling Alli came to fruition as the midfielder made the move to Merseyside after incoming Everton boss Frank Lampard prioritized his signing. Lampard is hopeful of helping Alli recapture his best form and praised the midfielder’s abilities.

“I watched Dele come through – fantastic player. Maybe he’s had difficult times – I would make no bones about that and nor would he. But there can be so many reasons for that. My job really now is to start with a fresh slate, to have him in an environment that suits him and supports him, but also to push him and to extract that player that we know is there,” Lampard told Sky Sports.

“All the attributes, all the talent, all the technique – everything is still there. I think we’re much more aware now of how there are many factors that can affect – in life and in sport – how happy you are doing your job and why it might not work in the right way,” he added.