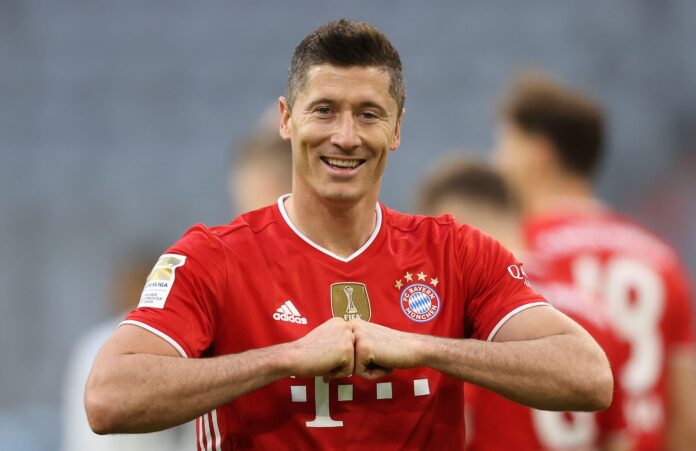 According to reports from ESPN, Robert Lewandowski is keen on moving onto greener pastures as he wishes to depart German champions Bayern Munich and join Spanish giants Real Madrid this upcoming summer. The Polish striker is entering the last 18 months of his contract at the German club.

Robert Lewandowski signed for Bayern Munich from Borussia Dortmund on a free transfer in the summer of 2014 and the Polish international has gone on to cement his status as one of the best strikers in European football during his time at Bavaria. The 33-year-old has made 358 appearances for the German champions while scoring 329 goals and has also led the team to seven Bundesliga titles, three DFB-Pokal Cups, and one Champions League during his time at the club.

But according to reports from ESPN, Lewandowski is eyeing a move to Real Madrid in the summer as he wishes to bring an end to a fruitful spell at the Bavarian club. The former Dortmund striker is entering the last 18 months of his contract and it is understood that he has turned down several contract extension offers from the Bundesliga club in order to make his wish of leaving the club a reality in the summer.

The report has indicated that Real Madrid have made signing the Bayern striker a priority for the summer but the Spanish club reportedly view him as a second option should they not land Erling Haaland amidst competition from several European clubs. A move for Kylian Mbappe on a free transfer could also prevent the Los Blancos from moving for Norwegian because of their financial constraints which could open the door for signing Lewandowski at the end of the season.