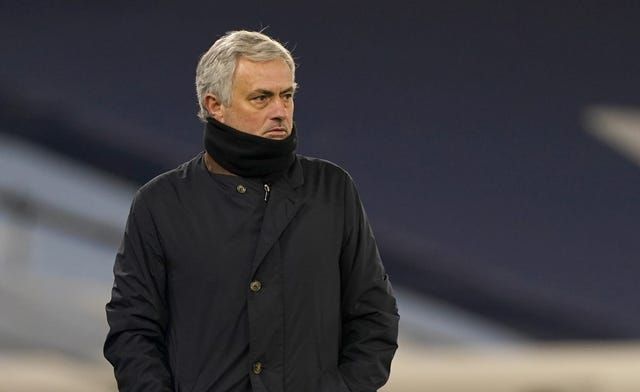 Jose Mourinho has admitted that while Tottenham are not in crisis, they have lost far too many games this season and that needs to change especially given their current position. The North Londoners currently sit ninth on the Premier League table and are twenty-three points behind Manchester City.

After a stellar run, that included just one loss and four draws in their opening twelve league games, Tottenham were sitting atop the Premier League table. However, their form in the club’s last thirteen league games has been miserable with the North Londoners dropping from first place to ninth place in that period. It has also seen Jose Mourinho’s side win three games with many fans and critics questioning the Portuguese manager’s managerial ability.

Not only that, it has seen Spurs slip well behind the race for the top four with them nine points behind fourth place West Ham United. To make things even worse, Tottenham sit four points behind sixth place Liverpool but despite that Jose Mourinho has revealed he wouldn’t term it as a “crisis”. Instead, the Spurs boss admitted that it’s a problem for the club especially with them “losing too many matches” and added that the Europa League is their way into the Champions League

“I wouldn’t say crisis. I would say a bad, a really bad, run of results. That is obvious. We’re losing too many matches. I think for a long, long time, we have problems in the team that I cannot resolve by myself as a coach. In the Europa League we are alive. It’s a window of opportunity that is open for us. Maybe we can also get to the Champions League through the Europa League,” Mourinho said, reported the BBC.