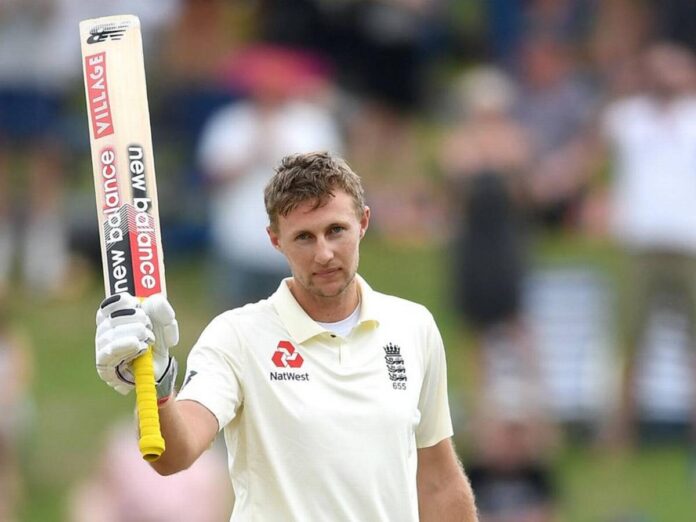 After he accumulated just 192 runs across the first four Tests of Ashes 2013/14, England, in Sydney, did the unthinkable and dropped Joe Root. He was, however, immediately recalled and Root has since gone on to become one of England’s greatest. But what if the Yorkshireman never received the recall?

The shock axe came as a blessing for Root, who has since averaged 52.81 in Test cricket. As things stand, he is in line to become the greatest English cricketer of all time. But what if the selectors had decided against giving the golden boy of English cricket an immediate recall?

The wounds of the 5-0 drubbing are still fresh in the minds of the English selectors who, ahead of home Tests against Sri Lanka and India, are keen to blood fresh faces. Root, they feel, needs to work on his technique in first-class cricket and thus they draft in Middlesex’s Sam Robson, who’d struck a stunning 1180 runs in the 2013 county season. But Robson isn’t the only fresh face that is introduced as the selectors also award call-ups to 23-year-old James Vince and 37-year-old Darren Stevens, both of whom had set the Division 2 ablaze.

Robson is expected to get the nod for the first Test of the summer at Lord’s but, instead, much to the bemusement of many, the management hand debuts to both Vince and Stevens. Vince’s selection, in particular, raises eyebrows but the youngster squashes doubts in trademark swashbuckling fashion, smashing a whirlwind double-ton in his first-ever knock at the highest level. Stevens’ average of 62 in the 2013 county season does not reflect in his maiden outing with the bat, but he slaughters the Lankans through some unplayable military medium bowling to help England go 1-0 up in the series.

But despite running through the Lankans with the ball in match one, it is Stevens’ showing with the bat in match two that helps England pocket the series. Needing to survive 117 overs in the fourth innings to save the game and win the series, England are in tatters at 57/5, but, acting as a lone warrior, Stevens bats with the tail and notches up a maiden Test century to keep the Lankan bowlers at bay. The 37-year-old faces a remarkable 338 balls for his 103* and, together with Chris Jordan and Stuart Broad, bats out the final day to seal the series for the Three Lions.

Stevens’ showing with bat and ball locks his place in the England XI for the five-Test series against India but he won’t be the only all-rounder in action for the Three Lions as the selectors also recall Ben Stokes, who they’ve zeroed in on as their next project. The India series is seen by many as a direct H2H battle between youth icon Stokes and ‘dad’ Stevens but the youngster sabotages the battle on his own as, after three consecutive ducks, he finds himself out of the side. The veteran, in contrast, averages 18.34 with the ball and 42.80 with the bat and is named the Man of the Series for helping England win 4-0.

But it is not just England who Stevens ended up helping in the series. In the third Test in Southampton, the 37-year-old, fielding at second slip, put down the catch of Virat Kohli off the bowling of James Anderson and the reprieve enabled the Indian superstar to leave a mark on English soil. After registering scores of 1, 28, 25 and 0 in the first four knocks in the series, the Stevens drop turned around the fortunes of Kohli, who eventually finished the series with an average of 40.50.

But while Stevens single-handedly resurrected the career of one Indian superstar, he also, contrastingly, destroyed the career of another. Across 10 innings in the five-Test series, the 37-year-old dismissed Ajinkya Rahane 8 times, making dismissing the Mumbaikar a mere formality. “c Cook b Stevens” ended up being a recurring theme in the entire series and Rahane, flabbergastingly, notched up just 106 runs in 5 Tests, letting his career average drop to a sorrow-looking 26.16.

Rahane’s confidence shooting to rock-bottom leaves the Indian selectors with no option but to axe the 26-year-old for the Border Gavaskar Trophy, but the drop opens the door for Kedar Jadhav. With 1,223 runs at a ridiculously high average of 87.35, Jadhav had ended the 2013/14 Ranji Trophy as the highest run-getter, and the Maharashtra man instantly brings the prolific form to international cricket.

Jadhav scores a ton in his very first knock in Test cricket in the first innings of Adelaide, but it is his 63* in the second dig which makes him an overnight cult hero. The 29-year-old injects momentum into the chase of 364 post-Murali Vijay’s dismissal, and, post the dismissal of Kohli, sees the side home with the help of fellow debutant Karn Sharma to help India achieve the impossible. A loss in the very next Test in Brisbane threatens to undo Jadhav’s heroics, but his efforts do not go in vain as India end up retaining the Border-Gavaskar Trophy after drawing the series 1-1.

After manhandling Lyon, Jadhav develops the reputation of being a ‘good’ player of spin, but in Sri Lanka, the 29-year-old goes from ‘good’ to ‘great’. Chasing a daunting 176 on Day 5 on a Galle wicket that is spitting venom, India’s top-order falls like a pack of cards, but Jadhav stays afloat. Fighting a lone battle, he sweeps, sweeps and sweeps his way to glory and incredibly, against all odds, stitches a 62-run stand for the 9th wicket alongside Amit Mishra to steer India over the line and hand Virat Kohli his Test victory as a full-time skipper.

More dominant performances, including twin centuries in Delhi versus South Africa, follow from the bat of Jadhav, who with 1000 runs in 15 innings becomes the fastest Indian since Vinod Kambli to get to four figures. With four tons and an average of 88.20, the Maharashtra man is flying high and he is duly rewarded for his ludicrous start to Test cricket by being named the vice-captain of India’s Test side.

Jadhav’s first assignment as the deputy to Kohli is the five-Test series at home to England, but, to his utter horror, the first Test in Rajkot turns out to be a match to forget for the 30-year-old. England find themselves in pole position courtesy two 150-run stands in the same game from the duo of Alastair Cook and James Vince, but needing to negate just 53 overs in the final day to salvage a draw, disaster strikes for India.

At 71/3, needing to see off just 20 more overs, with Kohli and Jadhav in the middle, the hosts think they are safe, but a tragic mix-up between the two batsmen results in the departure of the skipper. The vice-skipper perishes the very next over and the back-to-back strikes opens the door for Adil Rashid, who runs through the lower-order to help England script an improbable victory.  A double century at the Wankhede from Kohli helps India get back on level terms, and the series goes down to the wire, with both teams having won one Test each heading into the finale in Chennai.

Centuries from James Vince and 40-year-old Darren Stevens, who prior to the game announced he would be retiring after this Test, helps England post a gigantic 477 on the board but while the visitors think they’ve batted India out of the game, a certain Mumbaikar making his comeback to the Test side proves them wrong and brings them down to their knees. Two years after being humiliated by the Three Lions, Rahane marks his return to the longest format with a stunning triple century, and completes his revenge by taking 28 runs off the final over of the career of Stevens.

This is not the only win in a series decider India pull off against the odds, though, as, four months later, they record an equally absurd victory. With skipper Virat Kohli ruled out with injury, the Aussies, after salvaging an improbable draw in Ranchi, are deemed heavy favourites to win the series in Dharamsala, but that isn’t to be. Jadhav, captaining the country for the first time in his career, marshalls the troops to perfection and seals a 2-1 series win over arch-rivals Australia to send India atop the ICC Test rankings.

The series loss to India shatters Aussie hearts, but the already-shattered hearts are cut into pieces 8 months later. For, propelled by career-defining performances from the returning duo of Joe Root and Ben Stokes, the Three Lions retain the urn on Aussie soil for the second time in seven years.