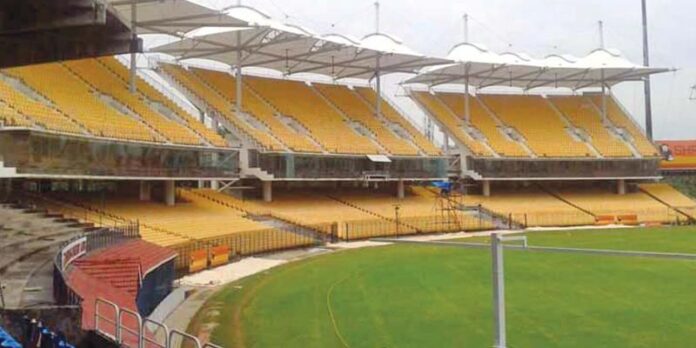 The 2021 edition of the Vijay Hazare Trophy, that will commence on February 20, will be played behind closed doors despite spectators returning to international cricket in India in the ongoing Test series between India and England. The developments were confirmed to SportsCafe by a KSCA official.

Fans across India will have to wait further to catch a glimpse of their favorite cricketers in action in domestic cricket across the country as the Vijay Hazare Trophy, the 50-over domestic competition that will commence tomorrow, is set to be played behind closed doors. Last week, crowds returned to international cricket in the country in the second Test between India and England in Chennai, with close to 15,000 spectators attending the game on a daily basis, but despite the BCCI welcoming back the fans in international cricket, the board have decided to hold back on the same for domestic competitions.

This despite the directive from the government allowing outdoor sporting venues to hold fans at 50% capacity. The developments were confirmed to SportsCafe by a Karnataka State Cricket Association (KSCA) official, who clarified that the 2021 edition of the Vijay Hazare Trophy will be played behind closed doors, with fans not being allowed to enter the designated venues.

The 2021 edition of the Vijay Hazare Trophy will commence on Saturday, February 20, with 9 matches set to be played simultaneously on the first day of the competition. 18 teams, including defending champions Karnataka, will be in action on Saturday with the games scheduled to be played across three cities – Bengaluru, Surat, and Indore.