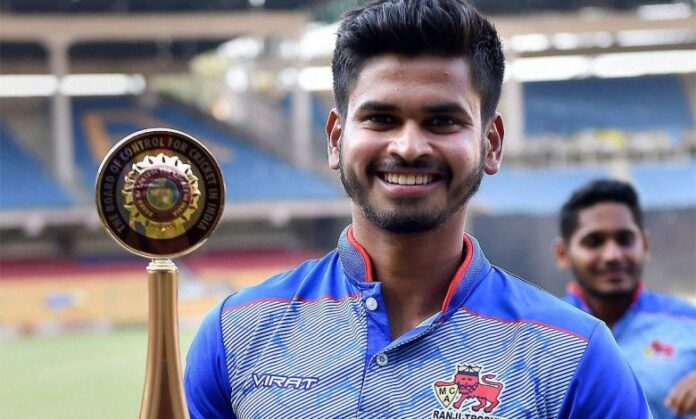 After a poor performance in the Syed Mushtaq Ali Trophy, where Mumbai ended at the bottom position in their group, selectors have dropped Siddhesh Lad from the squad while Shreyas Iyer assumed captaincy on return. The selectors have also decided to drop Arjun Tendulkar after a poor SMAT performance.

The Salil Ankola-led Mumbai selection committee has announced a 22-member squad for the Vijay Hazare Trophy, which is provisionally set to start from February 20 in the six bio-bubbles created across the country. Siddhesh Lad, who led the Mumbai side in the recently-concluded Syed Mushtaq Ali Trophy, managed to put together just 27 runs in four games during the tournament with a top-score of 21, at an abysmal average of 6.75. Furthermore, Mumbai losing four games on the bounce has resulted in the selectors showing him the way.

Meanwhile, there is an Iyer boost for Mumbai as the India middle-order batsman recovered from injury and will look at the Vijay Hazare Trophy as a possible ground to make a comeback to full fitness and match mode ahead of India’s series against England. He will lead the side with Prithvi Shaw being appointed as his deputy.

While there is no place for Arjun Tendulkar, who made his senior Mumbai debut in the Syed Mushtaq Ali Trophy, Chinmay Sutar, who scored a hundred for India under-23 against Hong Kong in the 2019 ACC Emerging Teams Asia Cup in Bangladesh, has been included in the squad.

Mumbai have been clubbed with Delhi, Maharashtra, Himachal Pradesh, Rajasthan, and Pondicherry in the Group D and they will travel to Jaipur for the league games under the guidance of newly-appointed coach Ramesh Pawar who replaced Amit Phagnis as the coach.