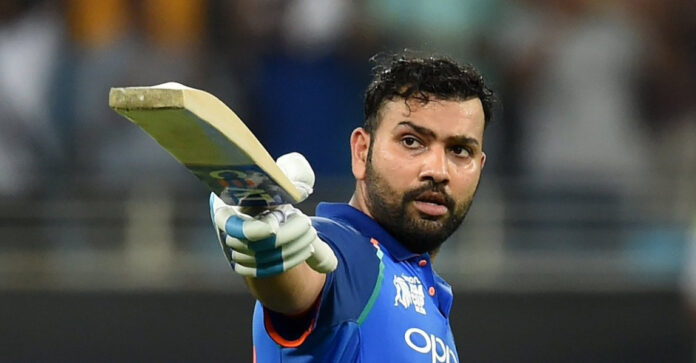 After holding the fort for almost the entire day, Rohit Sharma decided to step up the bravery level and walked out of the crease to find Ben Foakes with an impressive piece of work behind the stumps. While the first replays suggested Rohit was home, there was an element of doubt in the second.

India won a crucial toss in Chennai and despite losing Shubman Gill early, the home team got off to a domineering beginning, majorly thanks to the assertiveness of Rohit Sharma. The opener, who averages 85 in home Tests, was a delight to watch on a ground where dust puffed from the first session. He combined with his Mumbai teammate Ajinkya Rahane for an authoritative knock and their judgement was impeccable.

Rohit got to the pitch of the ball like the way he does in ODI cricket while employing sweep shots to perfection while Ajinkya Rahane went one step ahead to sweep mostly from outside off stump to not let the English spinners settle after a fantastic Moeen Ali delivery got the better of Virat Kohli. Speaking about it, Rahane said having good footwork and a positive intent was the key to India’s success.

“We knew that it was going to turn from day one, obviously (it was) good to win the toss. Rohit said it was important to be positive on this wicket…I wanted to be positive, back myself on this wicket. The key was to use good footwork,” Rahane said after the opening day’s play.

“I thought the first 20-30 balls were important. Then you get an idea on the pace and the bounce, you’re never in on this wicket, so it was important to be positive,” he added.

Indian players restricted themselves to playing shots on the up in the first Test while Joe Root put up a masterclass of sweeping spinners on his way to a majestic double century. On being asked about that in the pre-match press conference, Rahane had quipped that they would much rather do what suits them the best but the change in mind was visible on the first day. At the end of the day, Rahane confirmed that opting for sweeps was a part of the home side’s plan.

“The partnerships were vital – Rohit and Pujara got one, so did Rohit and myself. We had the strategy (on the sweep), we did discuss the game plan on this, and wanted to make them bowl to our strengths, good that the plans came off,” Rahane said.

“Another 50-60 runs from here will be good, Rishabh is still there, another partnership or two will be good,” he said.