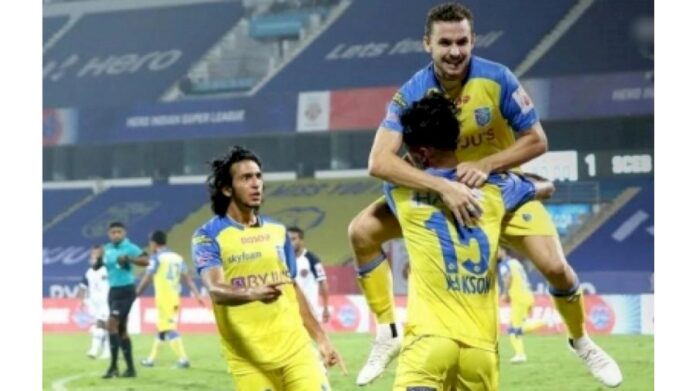 After a humiliating 0-4 defeat to Hyderabad FC last Tuesday evening, Kerala Blasters FC are out of the title race in the ongoing season. The management has walked down the same road once again by sacking head coach Kibu Vicuna after the Tuskers won three out of their 18 matches this season.

When Kibu Vicuna guided Mohun Bagan to their second I-League title ever, with four matches to spare, it caught the attention of the management that had the capability to lure the Spaniard into their favour and they were drowned in a long-term trophy drought. Preparations for the recruitment had started around 2400 kilometres south-west of the country, while the manager was basked in the hangover of a magical night in Kolkata, with the passionate supporters making the occasion one to remember.

Neither of the two-parties (Mohun Bagan and their fans) knew whether the unit would function together once again, with Mohun Bagan already at the mercy of Indian Super League outfits ATK. With the two-time champions not inclined to retain the champion squad, Vicuna had no other option but to take the long flight to Kochi, with them offering a handsome fee for the job.

Agreed, that the mastermind gifted Mohun Bagan with one of the most unblemished seasons by any club in Indian football, a big part of the credit also went to the players who actually executed the plans. Setting foot into the big-money game, Vicuna needed the players he crafted for his trade. Unlike, Mumbai City FC’s manager – Sergio Lobera, who had the privilege of carrying his most trusted disciples from FC Goa, his fellow countryman was not given a free hand in that respect – as it apparently looked. The difference of quality in the two leagues might have acted as a catalyst, but the well-oiled machine tends to give better results than assorting parts to build a new one. Vicuna had to start from scratch.

Kerala Blasters FC faced a similar situation in the previous season, having roped in Eelco Schattorie from Northeast United, but the Dutch did have his call on bringing in a player – Bartholomew Ogbeche. Surprisingly, with 15 goals to his name in the season – the former PSG player was released ahead of the season, while Sandesh Jhingan, out for the season with an injury, was also relieved from his duties. Vicuna’s hopes of having two tried and tested players at his disposal faded away soon. The only acquaintance the Spaniard had nearby was Nongdamba Naorem – who eventually swapped midway through the season.

The most talked-about tiki-taka style of football he followed, demanded specific armoury in the arsenal. At Mohun Bagan, Vicuna had the likes of Joseba Beita holding the midfield, Nongdamba Naorem, Alexander Romario Jesuraj and Kumron Tursonov developing sound understanding to make merry with short passes and clearing the supply channel for forwards like Papa Babacar Diawara and VP Suhair. New import Sergio Cidoncha set to serve the role of Beitia for the Tuskers, but the former was ruled out of the season after suffering an injury. Kerala Blasters FC’s fortunes were dwindling midway through the league. Questions were asked, fans were becoming restless and the tension was creeping in.

Even though Gary Hooper and Jordan Murray had a formidable combination at the front, the duo lacked the support of the same wavelength from the wings or the midfield, which meant that the supply of balls hardly helped. Victor Gomez and Juande filled in for the lack of Cidoncha, but both the foreigners could not be fielded at the same time, or else a centre-back would have to be compromised.

Sahal Abdul Samad, was ill-at-ease as a winger, having proved his capabilities as an attacking midfielder. Yet, he was trying his level best to gel with the strikers, yielding occasional success at times, along with Facundo Pereyra. The fluidity was missing, while the constant change and chopping in the playing XI was hardly giving time to settle down. The gamble with Rahul KP was reaping short-lives results, with a full-proof plan missing.

If you thought that was the worst, think again? Because their defence has been the weakest department so far. Two experienced foreigners – Bakary Kone and Costa Nhamoinesu were assigned for guarding the goal. To the utter dismay of all the well-wishers, Kerala Blasters FC defence has been the worst by any team this season, having conceded 33 goals this season so far. Some of the goals shipped in were completely due to the negligence of the above-mentioned players.

Vicuna also used a trump card, deporting Jeakson Singh to the central defence to allow two foreigners in the playmaking area did not provide balance – as expected. Ironically, Sandesh Jhinghan – a player whom they released, was part of the best back four this season – ATK-Mohun Bagan, having let in just 10 goals this season! Kibu’s men were well out of reach for a top-four finish.

Just when Kerala Blasters FC had nothing else left to justify the debacle, it took their most travelled route by sacking their head coach Kibu Vicuna. The management cannot pretend as if Kibu Vicuna has to bear the brunt for everything that has happened, cause the required support was not provided by them either. The Blasters have changed more coaches than the number of seasons in the Indian Super League, coupled with interference in matters related to recruitment have made the club one of the most unorganized ones. Even outgoing manager Kibu Vicuna agrees to it.

“It’s not a question to say this part is good and that is bad. I think, with the result we have, our scouting of the players was bad and the plans and expectations were higher than the reality. But I think this is something we have to analyse at the end of the season,” said the Spaniard after their 0-4 loss to Hyderabad FC.

Unlike most other clubs in the Indian Super League, Kerala Blasters FC have the privilege of having millions of passionate fans to boost them. Apart from two final appearances, they cannot recall any moments to cherish. Barring this season, their fans have been one of the most vociferous ones, but as the season rolls on, the stands at the Jawaharlal Nehru Stadium diminishes along with the poor results. Even next time, the prelude remains the same – we are going to see a packed Kochi crowd, with a new coach and new hopes. But, the story needs to change!