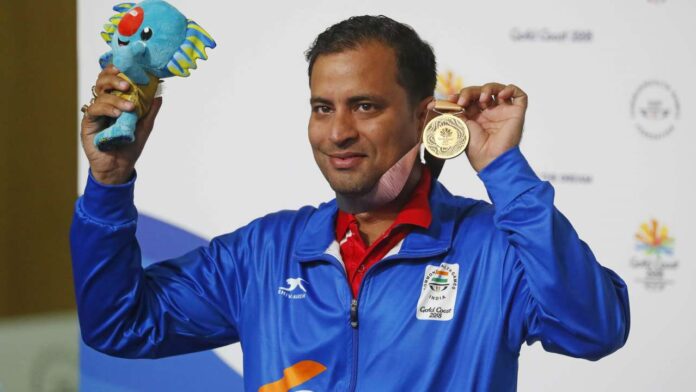 Veteran shooter Sanjeev Rajput, already a Tokyo Olympics quota holder claimed added yet another feather to his cap, by winning a Gold medal in the men’s 50m Rifle 3 Positions T4 national selection trails in New Delhi. With the win, the two-time Olympian won three of four trials held this year, having qualified for the finals in each of them.

The shooter also his best score of the four qualifying trials – 1182 to advance to the eight-man final in pole position. Following him closely behind was another Tokyo Olympics holder Aishwary Pratap Singh Tomar – with a score of 1181. Rajput also stormed through the finals, with a season high score of 463.1 to outclass second-placed Niraj Kumar, who registered a score of 459.6.