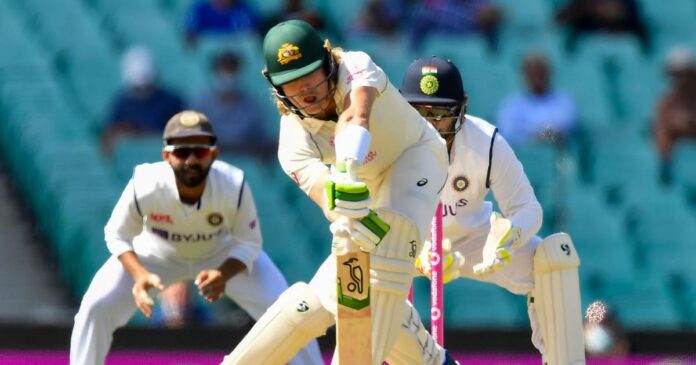 Australian opener Will Pucovski may well have to miss the Australia domestic season as there are chances that he might undergo shoulder surgery. The young opener had injured his shoulder while fielding against India in the Sydney Test after he was ruled out of the series and missed the Gabba Test.

Will Pucovski and his regular brush with injuries seem never-ending. After getting hit on the head and getting ruled of the first two Tests against India due to concussion. He finally made his Test debut at the SCG and impressed one and all with a fifty but then he injured his shoulder while fielding and had to miss out the fourth and final Test against India at the Gabba. And now he might well require surgery for his shoulder that will effectively rule him out of Australia’s domestic season.

The 23-year-old had returned to training with his state side ahead of the recommencement of the Sheffield Shield and Marsh Cup. But he was far from comfortable whilst batting. Victoria coach Chris Rogers asserted that the opener needs to decide for himself how he goes forward with his injury but admitted that he didn’t look too comfortable.

“He had a net session yesterday, it looked quite sore. It’s definitely his decision, what he wants to do. It’s his career, we’ve got to support that. And that’s in conjunction with the Australia side as well so we’ll support whatever he thinks. He will be getting a lot of advice from different people, so I think that will probably become a little bit clearer over the next week or two,” Rogers said, reported ESPN Cricinfo.

“It’s hard when I think you’re playing not at 100%. You start to think that’s how you are going to play for the rest of your career. Particularly as the shoulder hasn’t responded to rehab as well he would have liked it to have, so he is probably really considering that option of surgery. He will go and talk to the relevant people and we should hear what he has to say. That will include our medical staff as well.”

But in what comes as a piece of good news for both Victoria and Australia, fast bowler James Pattinson, who was injured and couldn’t take part in the last two Tests against India, is fit and ready to play again. He is likely to feature for Victoria in the domestic season.