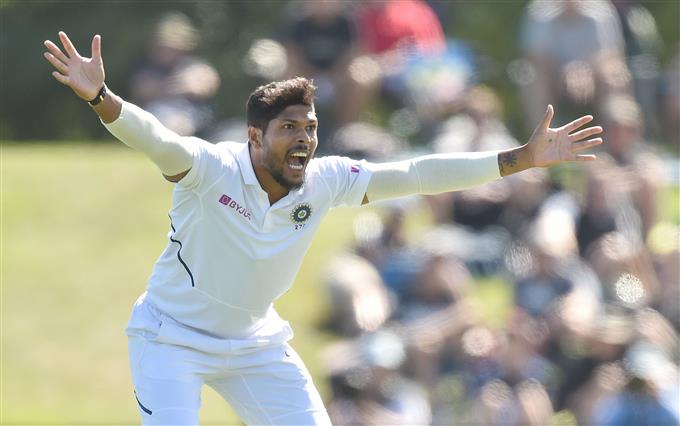 Umesh Yadav has cleared the fitness ahead of the third Test in Ahmedabad and is now all set to partner Jasprit Bumrah and Ishant Sharma as the third seamer in the Pink Ball bout. Meanwhile, due to Quarantine complications, Shardul Thakur has taken a car journey to join the Mumbai team in the bubble.

Initially, Umesh Yadav was added to the squad to go through a fitness test, subject to which the decision regarding Shardul Thakur was set to be taken. As the Vidarbha pacer cleared the new-set benchmark for the fitness test, he directly came into the reckoning for the Pink Ball Test and immediately, Shardul Thakur took a car from Ahmedabad to Jaipur to join the Mumbai squad for the Vijay Hazare Trophy.

“We are helpless, we cannot do anything else in the current situation,” said Sanjay Naik, the secretary of the Mumbai Cricket Association (MCA) to Cricbuzz.

“He will take the car at 5 am (on February 22) and should reach by evening in Jaipur. If we had chosen to fly him down he would have had to take three-day quarantine in Jaipur. This way he will be ready to play on Tuesday itself if he feels ok,” he added.

Recently, the team management made it mandatory for a player to clock either 17.1 in a Yo-Yo test or clear the 2 KM run in eight-minute and 30 seconds to be eligible to play for the country. Umesh cleared the test on Sunday, but it is not revealed yet which test he took en route his inclusion to the Test side.

If the management decides to play three pacers, Umesh will directly be slotted into the Indian side, replacing Mohammed Siraj while Jasprit Bumrah is also all set to make a comeback with India sacrificing a spinner. The dew factor might be a concern for the spinners, thus the side is exploring the option of having an extra pacer. But nothing has been finalized yet.

“We are exploring different scenarios about the Test and the main concern is neither twilight nor the pink ball. It is the dew factor that is a worry and we are thinking about how to handle the situation. There is a lot of dew in the evenings and we want to make sure it does not become a major disadvantage,” a BCCI source told Cricbuzz.