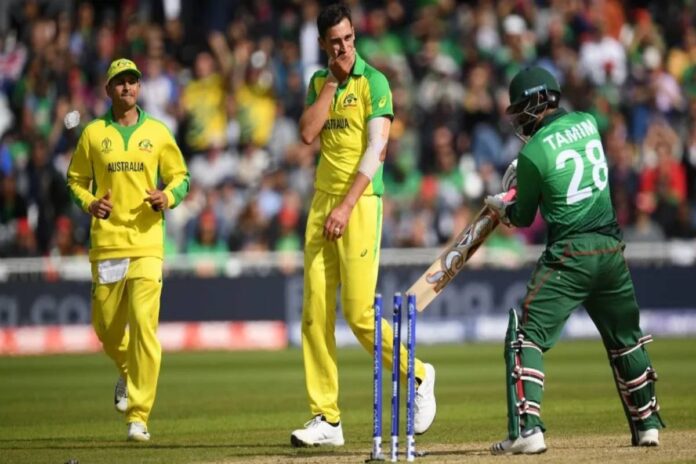 ESPNCricinfo has reported that Australia are set to tour Bangladesh for a T20I series ahead of the World T20 in India, instead of the Test series that was originally planned. The publication also added that the T20I clash might be converted into a tri-series with England’s clash in the schedule.

As part of the World Test Championship, Australia were set to tour Bangladesh in 2020. However, owing to the pandemic and the future set of events, the Kangaroos instead just played the home series against India, postponing the Bangladesh series. However, when the news of them travelling to the subcontinent arose, it was widely expected that their Test series would finally go on.

ESPNCricinfo, however, reported that the Kangaroos would clash Bangladesh in a T20I series, which also would serve as a warm-up to the World T20 event, that is scheduled to be hosted in the subcontinent. The publication also revealed that England too are set to play against Bangladesh during the same time, which could lead to the series being converted into a tri-series, between the three countries.

It would mean that Australia’s Test series against the Tigers would stand cancelled, with no timeline available for the clash before the end of the current Test cycle. Australia could end up going ten months without a Test, after their defeat at the hands of India at home. Effectively, their next clash would be against Afghanistan, later this year.

After Australia’s cancelled tour against South Africa, their only hope would be on England to help them get to the World Test Championship final after they washed away their own destiny.