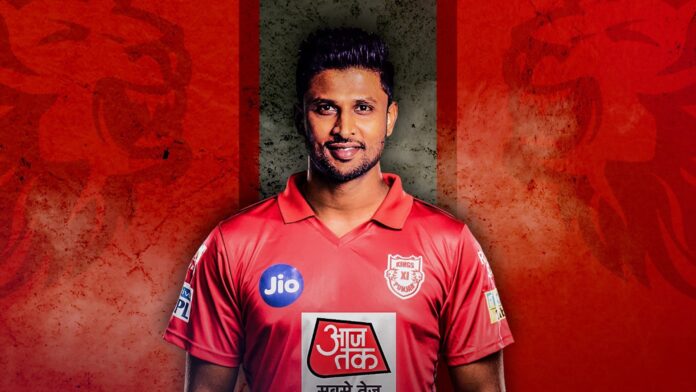 Krishnappa Gowtham, who was the highest-paid uncapped Indian in the IPL Auction, expressed that he is ready for all sorts of challenges at CSK before adding that he wants to just win matches. He also admitted that playing under MS Dhoni is a dream come true and he also played down the price tag.

Back in 2018, Rajasthan Royals found a gem in Krishnappa Gowtham, with the Karnataka all-rounder putting on a show for the franchise. In the 15 matches that he played for them that season, he scored 126 runs and picked up 11 crucial wickets, emerging as a hero out of the shadows. However, since his move to Kings XI Punjab, in the 2020 season, the all-rounder fell down the pecking order, with just one wicket in the entire season.

Notably, his dip in form had the franchise lose trust in him before he was back in the auction pool, where he was picked by the Chennai Super Kings, who paid 9.25 crores for the all-rounder. While the price tag is naturally set to throw weight, the all-rounder insisted that he is ready for every sort of challenge at the franchise. Moreover, Gowtham also revealed that he wants to win matches for the three-time IPL winning franchise.

“I am ready for every sort of challenge at CSK. Whatever responsibility they will give me, I will grab them with both hands. I am ready to perform with both bat and ball. I want to win matches for CSK,” Gowtham told TOI in an exclusive interview.

“The price tag doesn’t put any pressure on me, I just want to go and win matches for my team. I have domestic match experience with me. I don’t want to perform with a price tag on my mind. I am excited to play under Mahi (MS Dhoni) bhai and learn a number of things,” Gowtham added.

The all-rounder also is part of the Indian setup as a net-bowler, with the off-spinner being once touted as a potential replacement for Ravichandran Ashwin. He also showed his happiness over the franchise trusting in him and reckoned that he will repay the faith with some match-winning performances.

“I am so happy that I am going to be a part of CSK now. As a cricketer, you want to get better every day and with time and that’s what I have been doing. I have been working so hard. I played some good knocks in the domestic circuit and took wickets as well. And I will aim to continue the same for CSK,” Gowtham added.