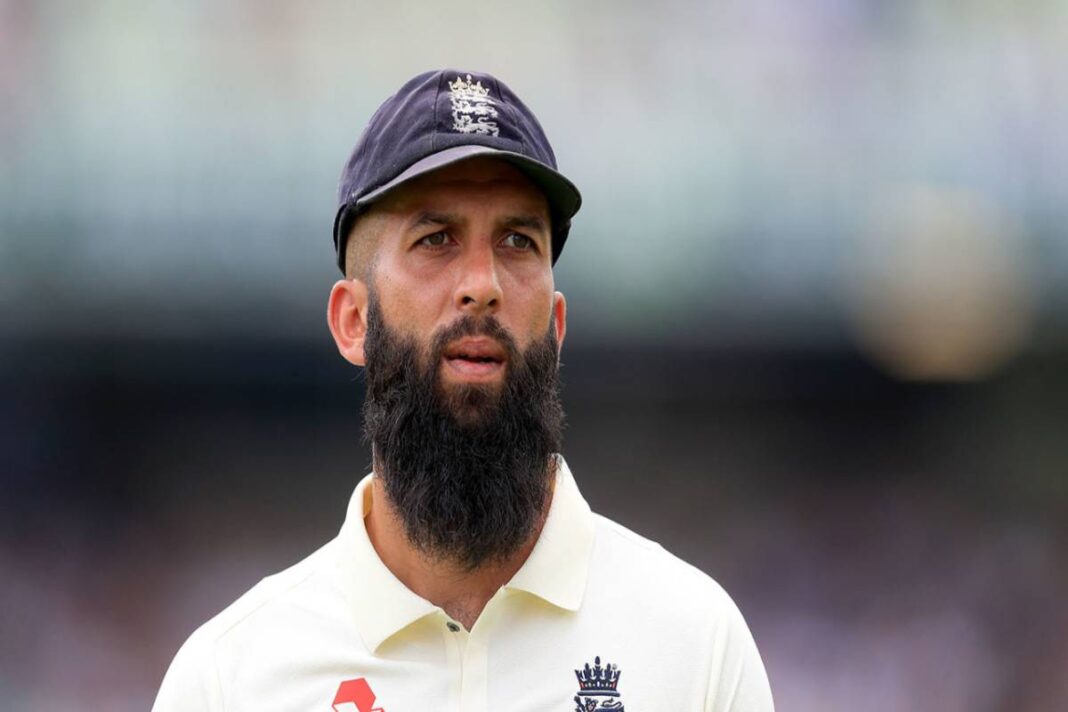 ‘I have little targets I want to achieve. I am not too far away from getting 200 wickets. I know people say they don’t look at these things but it would be something I would look at.’

There was certainly no paucity of motivation in Moeen Ali’s words ahead of the first Test in Chennai. These were the words of a man who was itching to play. And you could understand why. For, the past 18 months have been torrid for the Worcestershire all-rounder, whose career in many ways hit its nether.

After a reputation-tarnishing outing in the first Ashes Test in Edgbaston – where he returned figures of 3/172 and conceded at over 4.5 an over – Moeen was dropped for the second Test at Lord’s, post which he took an indefinite break from the longest format. He was then touted to make his Test comeback versus Sri Lanka, but the pandemic put an indefinite halt to it. A three-month-long break proved to be a blessing in disguise, but he then endured a torrid time with bat and ball in the home summer, epitomised by the Ireland series where he went wicketless with the ball and averaged 0.50 with the bat.

He then flew to Dubai for the IPL and spent two months inside a strict biosecure bubble, only to play a total of 3 matches. And, as if all this wasn’t enough already, he tested positive for Covid-19 upon landing in Sri Lanka, in what was supposed to be his (second) Test comeback.

So it is understandable why, after four months, Moeen is eager to step onto the field to play competitive cricket after overcoming the most tumultuous of times.

The problem for him, however, is that he, as things stand, is not really in England’s plans for the four Tests against India. That he was overlooked for the second Test in Galle despite recovering from Covid made it abundantly clear that the management were laying their faith on Dom Bess and Jack Leach to deliver the goods in the long-run, and England’s strategy – of playing three pacers, with the third one being an all-rounder – also suggested that they were apprehensive about deploying a third specialist spinner, a slot where Moeen could seamlessly fit in.

But despite his lack of fitness, match practice and his seemingly alarming career curve which seems to be plummeting by the day, that England would be better off with Moeen Ali in the side, particularly on turning Indian tracks, seems like an argument hard to challenge.

England have reasons aplenty to pick Moeen, but none more so than his experience. Among the current crop, in the absence of both Rashid and Dawson, Moeen is the only spinner to have had any prior experience playing Test cricket in India, having featured in all five matches in the 2016 tour. That he had a series to forget – he finished with just 10 wickets in 8 innings at an average of 64.90 – is undeniable, but history suggests that non-asian overseas spinners always tend to struggle in their first visit to India. This was the case as recently as a year ago when South Africa’s Keshav Maharaj ended a wretched tour of India with an average of 91, 60 more than his career average at that time.

Across the past three decades, Shane Warne, Nathan Lyon, Graeme Swann, Monty Panesar and Daniel Vettori all had forgettable first tours of India, but progressively improved their numbers with every passing visit. Each of the five aforementioned spinners produced their best returns in their second and/or third tour of the country, and a part of the reason for the same was familiarity with the conditions: knowing how, where and what to bowl and, more importantly, understanding what to expect.

Moeen, it has to be said, might not be in the same league as some of the players mentioned above but he is, nevertheless, one of the better spinners to have emerged from SENA countries in the past decade. Since the start of 2017 – since after the India tour – he has taken 83 wickets in 23 Tests at an average of 29.95; among spinners, only Ashwin, Jadeja and Lyon have picked more wickets in this timeframe at a better average than the Worcestershire man. In fact, prior to the dreaded five days at Edgbaston where he was taken apart by Smith, Moeen had a stretch of 9 games where he picked 44 wickets @ 24.68, a run in which he picked 18 wickets across 3 Tests in the sub-continent. For someone seen and considered as much an all-rounder as a lead spinner, these are figures that are exceptional.

This all-rounder tag, however, has served as a double-edged sword for Moeen; at times it has helped him keep his spot in the side but equally his withering returns with the bat have forced the selectors to ponder the option of fielding a ‘specialist’ spinner like Jack Leach. His returns with the ball in 2016 were somewhat acceptable because he made amends with the bat, finishing as England’s second-highest run-getter in the series – 381 runs with 2 centuries – but the Moeen Ali of 2021 is no longer the batsman he was in 2016.

Since the start of 2018, Moeen has registered just 2 fifty-plus scores and has averaged 15.56 across 12 Tests. He has registered 7 single-digit scores in his last 9 Test innings and he last scored a century in the Chennai Test against India in 2016. Not contributing with the bat has meant that there has been added pressure to deliver more consistently with the ball, something the management – at least by the looks of it – do not trust him with. Not with no match practice under his belt, at least.

England’s apprehension about fielding Moeen as one of the two lead spinners is valid, but there is yet an avenue for them to fit him in the side – as the third spinner. The Three Lions fielded Sam Curran as the third-pacer-cum-all-rounder in both Tests against Sri Lanka but, as was evident from his deployment, Curran was pretty much surplus to the team’s requirements. The left-armer sent down just 35.3 overs across 4 innings in the series – by far the lowest among everyone who played both Tests – and struck just thrice. In the second innings of the second Test he ended up bowling just 2 overs, granted it was largely due to the Lankan batsmen self-destructing versus spin.

Curran not being in the squad for the first two Tests means that England are, most likely, bound to drift towards Chris Woakes but, logically, Moeen Ali would be a much better and safer option. Taking his batting out of the equation – he is anyway a decent enough batsman to bat at No.7 – picking Moeen would not only place England in a much better position should the Chennai wicket offer turn, it would also allow both Dom Bess and Jack Leach to operate more flexibly and effectively.

Both Bess and Leach lost their way in Sri Lanka trying to fulfill the dual task of picking wickets whilst keeping the runs down, but the addition of Moeen would help both them and England on that front. Bess, as he showed in the South Africa tour where he had an ER of 1.82, is adept at keeping the runs down and he, therefore, with Moeen in the side, could bowl defensively, encouraging the other two to attack. Moeen could also serve as a back-up for both Bess and Leach should one of the two have an off day.

More importantly, however, the addition of Moeen as a third spinner would take considerable load off the seamers. With Stokes back, England will, regardless of whether they play Woakes, have a third seaming option, and therefore fielding Moeen would allow Root to use the fast bowlers in short bursts. If nothing, it will at least ensure that the team doesn’t find itself in a Galle-like situation, where a 38-year-old Anderson sent down 29 overs – 3 more than Dom Bess did – to cover up for the off-colour spinners.

If England coach Chris Silverwood is to be believed, fielding a three-spinner attack remains a left-field option for the visitors and they are bound to stick to the 2+2+1 strategy unless the Chepauk pitch looks diabolic on the outside hours before the start of play. Which would mean, unless one of Bess or Leach twist their ankle on the morning of the game, Moeen’s wait to don the whites again will continue. Silverwood might need to reconsider that decision though, for, like Moeen himself said, he’s still got wickets, runs and match-winning performances within him.

Roulette can be a highly addictive casino game. If you want to win in roulette, it’s always a good idea to go in with...
Read more
Roulette

Live Roulette online is one of the most popular, authentic and exciting online games out there. It has many game variants. Along with this,...
Read more