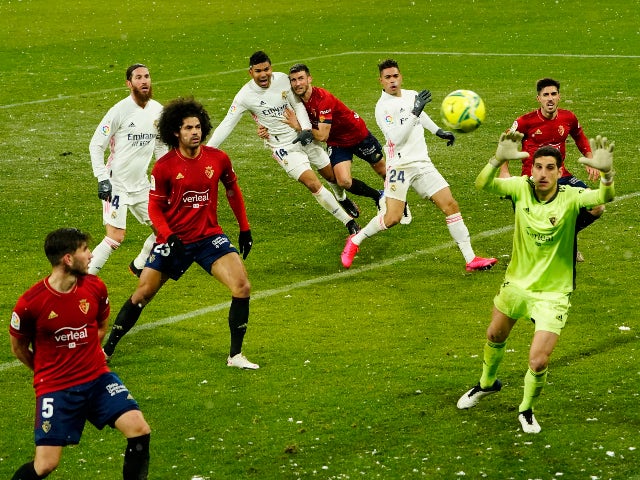 Sevilla will be looking to win six La Liga victories in a row as they continue their domestic campaign to Osasuna on Monday night. Julen Lopetegui’s side is currently fourth in the table, one point behind third-placed Barcelona, while Osasuna, courtesy of back-to-back victories in Spain’s top flight, has risen to 12th overall.
Osasuna is definitely not safe from the relegation threat, but two wins from their last two games against Eibar and Levante saw them progress to 12th place, four points off the bottom three now. Sevilla, as already mentioned, won each of its last five in Spain’s top flight, overcoming Alaves, Cadiz, Eibar, Getafe and Huesca during an impressive run of form.
Osasuna will again be without the services of Facundo Roncaglia, Chimy Avila, Jony and Ruben Martinez due to injury, while Darko Brasanac and Juan Cruz remain in doubt on Monday’s competition. Lopetegui is expected to make changes from the side of the Champions League, with Munir El Haddadi, Nemanja Gudelj and Oliver Torres all in line for the start.