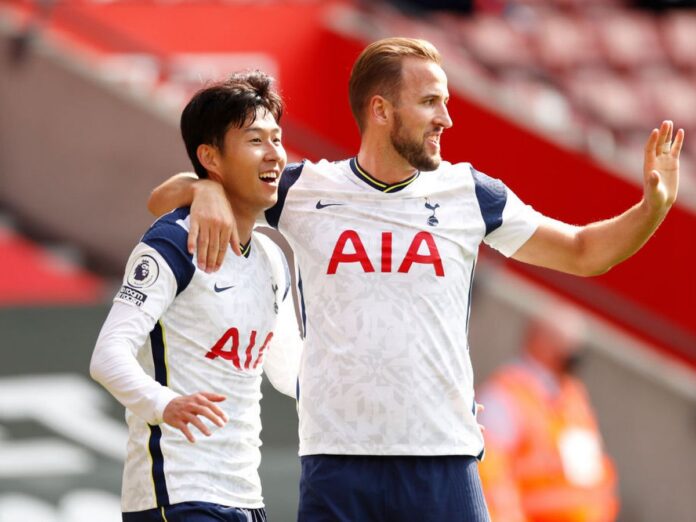 Jose Mourinho has admitted that in light of the COVID-19 pandemic, it is not the right time for Tottenham to discuss a new contract for Son Heung-Min but revealed that it will happen. The South Korean has two and a half-years left on his contract with the club but has been linked with a move away.

Only Mohamed Salah has scored more goals that Son Heung-Min season with the South Korean tied in second place alongside Harry Kane, Bruno Fernandes and Dominic Calvert-Lewin. Not only that, the 28-year-old has assisted six league goals with his tally across all competitions hitting 17 goals and 10 assists. That is on par to beat the former Bayer Leverkusen forward’s best tally for Tottenham, with him one short of a personal Premier League best for goals.

It has seen Son heavily linked with a move away from North London despite the fact that the forward is tied to Tottenham until 2023. But amidst rumours of a move away, Spurs are looking to hand their superstar a new deal with a wage increase. But in a recent interview, Jose Mourinho admitted that he doesn’t believe it is the “right moment for players and clubs to discuss contracts” especially in light of the pandemic. However, the Spurs boss added that there is no problem with Son and believes the two parties will reach an agreement.

“Son is not a problem. He has a contract still for a couple of years if I am not wrong, maybe even three. I believe, just to wait for the right moment to do it. Probably this situation with the world where we are, the Covid situation, I do not think it is the right moment for players and clubs to discuss contracts with so many people losing jobs and not working and difficulties. I believe that when the sun shines again for the world, I believe the club and Sonny they are going to arrive quite easily to a conclusion,” Mourinho said, reported Goal.