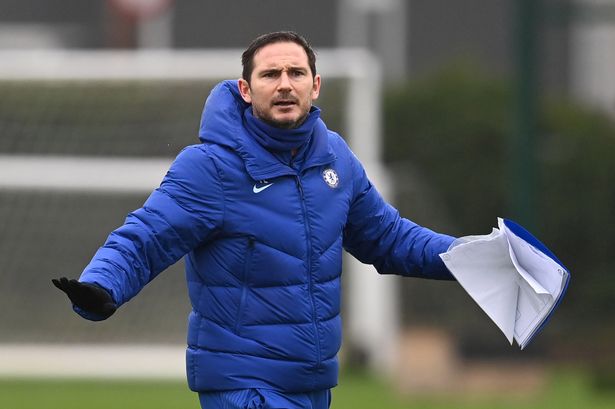 Thomas Tuchel has revealed that Chelsea have not made a decision on Christian Pulisic’s future but believes that the American has the ability to become a star for the Blues. The 22-year-old has struggled with injuries since he arrived and has struggled to notch a regular place in the team.

When Chelsea signed Christian Pulisic from Borussia Dortmund in January 2019, a lot was expected from the American forward, especially given his performances for the German side. However, while the 22-year-old enjoyed an impressive debut season with the Blues, it was a stop and start time for Pulisic with injuries reducing his minutes. That has been the case this season as well and it has seen the American struggle to find his best run of form.

However, his lack of game-time combined with his injury issues has fulled rumours that Pulisic could leave Stamford Bridge over the summer but that has been refuted by Thomas Tuchel. The Blues’ boss admitted that they are not overly concerned by the American’s issues with injuries but confessed that the 22-year-old needs to “keep the head up” and keep moving forward. Tuchel further added that “there are no decisions made for the summer” with lots of time between now and then.

“We are not concerned, we are not worried, but the physical, medical department is on that. Now we have little issues in the calf. He stopped training yesterday before it becomes an injury. So I would not say it is an injury; at the moment it is risk management to not be injured. That relies on his history of having injuries, so we do not want to enter the same cycle,” Tuchel said, reported ESPN.

“It is sometimes like this, and the main thing for Christian is to stay positive, keep the head up and, like I said before, be ready because he can have a big impact when he starts and he can have a big, big impact when he comes off the bench with his intensity. There are absolutely no decisions made for the summer. There is simply no time for that at the moment, and this is not the moment now. There is today no need to think about it.”

But with only 15 league appearances this season, with a large portion of those coming off the bench, there have been serious concerns over Christian Pulisic. Especially with Chelsea spending so much to sign the winger in the first place, but Thomas Tuchel added that the American is indeed in the club’s plans and not just from his point of view. He further revealed that the 22-year-old has proved he can play regularly for the Blues but just needs to “maintain the level and keep improving”.

“Yes, today, clearly yes, but it is not only my point of view. We have to see. For me, clearly yes because Chelsea bought Christian for a reason, for his quality, for his potential, and it is our job to bring out the best in him. He proved in many weeks that he has the level to be a Chelsea regular player, to have a big impact in this club. It’s a challenge now to hold this level, to improve and to maintain the level and keep improving.”